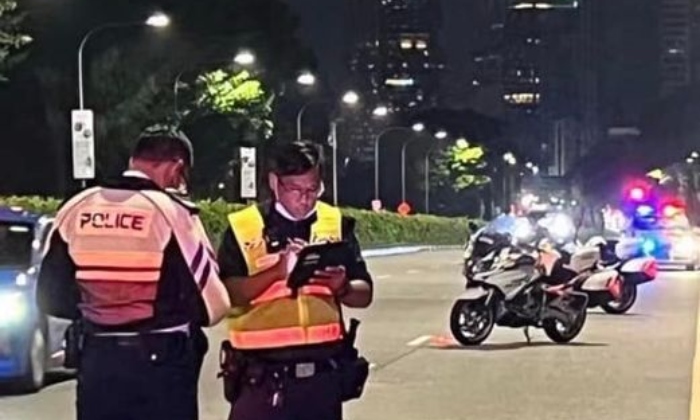 Two of the three cyclists admitted to Tan Tock Seng Hospital after an accident on Nicoll Highway involving a car have been discharged, while another has been moved out of the intensive care unit (ICU).

Mr Ronnie Faizal Tan, 54, who was part of the group of 14 cyclists during the incident on June 4, said he was relieved to hear that they were doing better.

"At that time, I was worried when I saw the situation of my injured friend. His condition looked very serious," the halal marketplace consultant told The Straits Times on Friday (June 10).

The police said in a statement that a 39-year-old man had been arrested for drink driving in relation to the accident that took place on Nicoll Highway towards Guillemard Road at about 2am on June 4.

The three cyclists - two men aged 47 and 48, and a 47-year-old woman - were conscious when paramedics arrived, the police added.

Mr Tan said he was cycling in front of the three who were hurt in the accident.

He added: "I noticed people lagging behind. Then another cyclist rode up to me and told me that an accident had occurred."

Mr Tan rode back to find out what had happened and saw one cyclist lying on the ground and another two limping.

The police and ambulance were called immediately and all three were taken to hospital.