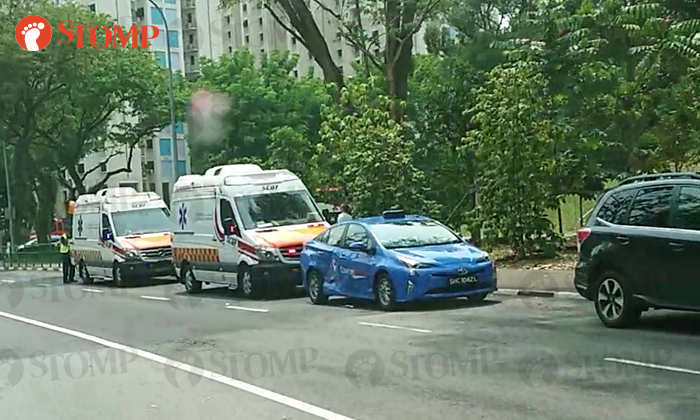 Three people, including a two-year-old child, were taken to hospital after an accident involving a taxi and a car along Tiong Bahru Road on Tuesday morning (Nov 5).

In response to a Stomp query, the police said they were alerted to the accident, which occurred in the direction of Leng Kee Road, at 11.04am.

Two taxi passengers, a 37-year-old man and his two-year-old son, were conscious when conveyed to National University Hospital.

A 33-year-old female passenger from the car was conscious when taken to Singapore General Hospital.

In a video that Stomper Maman contributed, a black car, a ComfortDelGro taxi and two ambulances can be spotted at the scene.