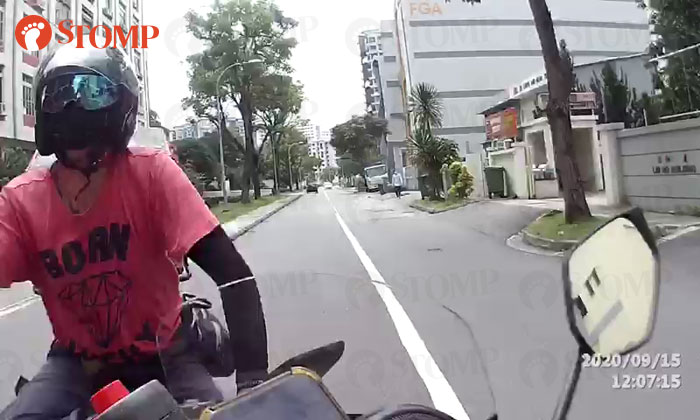 Two motorcyclists were taken to hospital after their motorcycles collided head-on at the junction of Playfair Road and Harper Road in Macpherson on Tuesday (Sep 15).

Several Stompers shared with Stomp a video of the incident that has been circulating on social media.

The footage is taken from the helmet camera of one of the riders.

In the video, the rider with the helmet camera is seen turning left onto Playfair Road when another motorcyclist turning right from Harper Road crashes into him.

Both bikes fall to the ground and some pieces of debris are seen scattered on the road.

In response to a Stomp query, the police said they were alerted to the accident at 12.10pm.

"The two male motorcyclists, aged 28 and 35, were conscious when conveyed to Raffles Hospital," a police spokesman said.