2 men arrested for theft at ARC: Suspects believed to be members of lion dance troupe 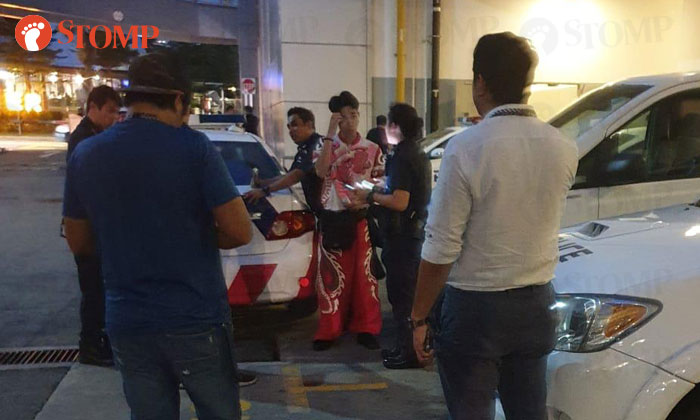 Two men, aged 28 and 31, were arrested in relation to a case of theft at Alexandra Retail Centre (ARC) on Thursday (Jan 30).

Stomp understands that the suspects are believed to be members of a lion dance troupe.

A Stomper alerted Stomp to the incident and shared a photo he took of police officers questioning a man wearing a lion dance costume at about 6.45pm.

The Stomper said he was aware of a lion dance troupe that had performed at the mall earlier that day.

"After the performance ended, some of the dancers were arrested by the police," he said.

According to the mall's website, a lion dance performance was scheduled at 12.30pm on Thursday to celebrate the Chinese New Year.

In response to a Stomp query, the police said they were alerted to a case of theft in dwelling with common intention at 460 Alexandra Road at about 4.05pm.

"Two men, aged 28 and 31, were arrested in relation to the case," a police spokesman said.