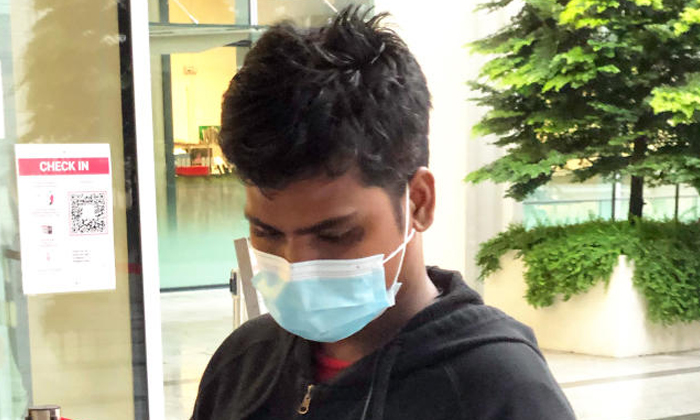 A construction worker bit off the tip of his colleague's little finger in a scuffle after falsely accusing the latter of sleeping with other men in their dormitory.

A portion of 42-year-old Muthu Selvam's left pinky was later found at the crime scene but a doctor, who attended to him, could not reattach it to his hand.

His attacker, Logan Govindaraj, now 31, was on Friday (Feb 25) sentenced to 10 months' jail after he pleaded guilty to one count of voluntarily causing grievous hurt.

Both men are Indian nationals.

At 4.30pm on Dec 6, 2020, Logan joined Mr Muthu and another worker, who was playing music and drinking alcohol, in a lorry parked near their dormitory at an industrial estate in Kranji Crescent.

The court heard that Logan drank at least three cans of beer.

While drunk, he scolded Mr Muthu and falsely accused him of sleeping with the other workers. Mr Muthu told him to stop lying and asked him to leave.

After both of them got off the lorry, Logan kept shouting and obstructed Mr Muthu, who pushed him out of the way while placing his left hand on Logan's chest.

Deputy Public Prosecutor Melissa Lee told the court: "The accused bit the victim's left pinky knowing he would likely cause grievous hurt to him."

Mr Muthu, who was bleeding profusely, retaliated by slapping Logan's head and grabbing his shirt.

Realising that the tip of his finger was missing, Mr Muthu went to clean it and asked his colleagues to call for an ambulance. He was taken to Khoo Teck Puat Hospital.

Related Stories
Drunk construction worker bit off tip of colleague's finger after argument in lorry
Drunk ex-teacher told police that he would 'take them down', said 'you can't arrest me'
Cleaner pushes elderly colleague during squabble, causing her to suffer hip fracture
More About:
court
attack
injured
dispute
drunk