Drunk ex-teacher told police that he would 'take them down', said 'you can't arrest me' 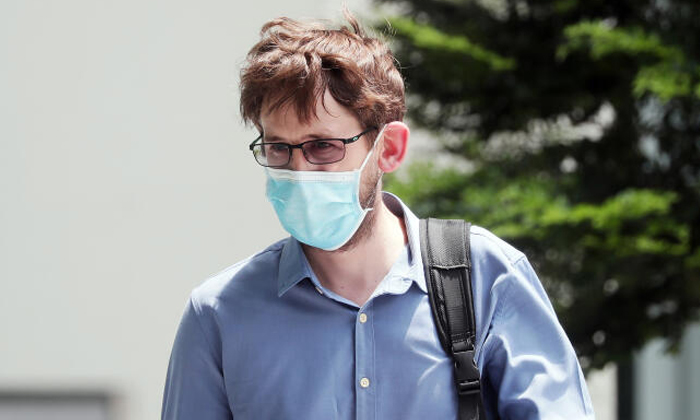 A former teacher from One World International School (OWIS) was fined $4,000 on Thursday (Oct 14) after he hurled vulgarities at a policeman while intoxicated.

Briton Gary Joseph Bates Holland, 37, was also not wearing a mask when he committed the offence outside Jurong Point shopping mall in the wee hours of June 26 last year.

He pleaded guilty to one count each of using abusive words on a public servant and committing an offence under the Covid-19 (Temporary Measures) Act.

Two other charges - causing annoyance to a man while drunk in public and verbally abusing a second police officer - were considered during sentencing.

The court heard that at 1.36am that day, the police received a call that two drunk people were "causing trouble" outside Jurong Point.

Details about the second drunk person and the outcome of his or her case were not disclosed in court documents.

The policemen saw that he was not wearing a mask.

When asked, Holland said he did not know where his mask was.

When the officers approached the Briton, he responded by shouting that he would kick them if they did not stay away.

The policemen then said that they were there to help him.

Deputy Public Prosecutor Audrey Choo said: "The accused continued to react in a hostile manner, saying that he would 'take them down' if they touched him, just as 'the others' had done to him. The accused did not explain who 'the others' (were)."

Holland then hurled vulgarities at Sergeant Nasri when the policeman asked for his identity card for screening purposes.

Holland also said: "You police can't do anything to me."

He was looking away when Sergeant Nasri pinned him to the ground. Sergeant Chua then handcuffed him.

Holland continued shouting vulgarities and exclaimed: "You can't arrest me."

Responding to queries from The Straits Times, OWIS said he has "already resigned", adding: "We have no further comments to offer."

Defence lawyer Sankar Kailasa Thevar Saminathan told the court on Thursday that his client has returned to teaching but did not disclose his current workplace.

For hurling vulgarities at a police officer, Holland could have been jailed for up to a year and fined up to $5,000.

For committing an offence under the Covid-19 (Temporary Measures) Act, he could have been jailed for up to six months and fined up to $1,000.