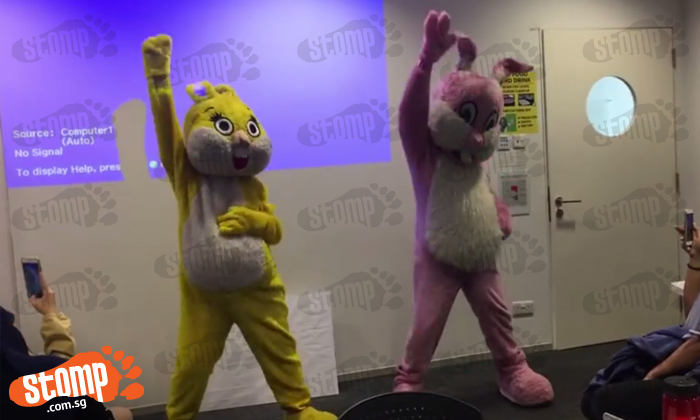 Students from the School of Hospitality at Republic Polytechnic had the time of their lives yesterday (Jan 17) when their lecturer and her husband danced to 2NE1's "I AM THE BEST" -- in rabbit costumes.

In a video posted on Facebook by Joey Jason, the two 'rabbits' swagger into the classroom before breaking out their dance moves.

Students can be heard cheering throughout the performance, which lasts for slightly less than two minutes.

The video has received more than 16 thousand views and has been shared more than 400 times.

According to Joey, who is a second-year student studying for a Diploma in Integrated Events Management, her lecturer told the class to film the performance and upload it to show them how a video goes viral.

Well, you know what they say, it ain't viral until it's on Stomp.

Check out the video below!