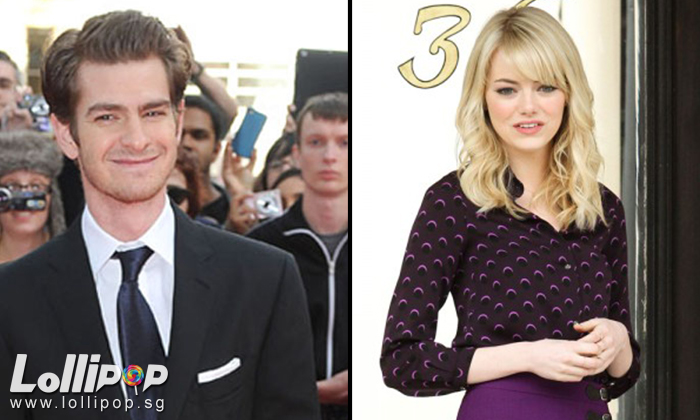 Andrew Garfield and Emma Stone may not be a couple any more but he couldn't be happier about her success.

The 33-year-old actor split from the 'La La Land' actress in October 2015 after four years together but they have remained close and he thinks it is "bliss" to see her doing so well in her career as he's her "biggest fan".

"So, for me it's been bliss to be able to watch her success and watch her bloom into the actress she is."

And the 'Hacksaw Ridge' star admits there is still an "unconditional" bond between himself and the 28-year-old beauty.

Speaking on Vanity Fair's Little Gold Men podcast, he said: "We care about each other so much, and that's a given, that's kind of this unconditional thing.

"There's so much love between us and so much respect ... It's also been wonderful to have that kind of support for each other.

"It's nothing but a beautiful thing."

At the Golden Globes, Andrew was stunned to realise he was amongst a number of "sincere, authentic Hollywood friends" as he felt that was a rare thing.

"[At the Globes] I was overwhelmed that I had such sincere, authentic Hollywood friends, which I don't think is a common occurrence.

"I had about seven or eight real, true anchors in that room and in the parties following.

"Emma of course is one, Claire Foy is another, Laura Dern. Eddie Redmayne, Jonah Hill . . . these are people that I actually love in a real, sincere way, and I believe they love me back.

"I was just struck with this deep gratitude."

Related Stories
Tony Hung talks about how lucky he is to have Natalie Tong as his GF after rumours of his infidelity
Brangelina divorce turns ugly as Brad Pitt is "terrified public will learn the truth"
Golden Globes 2017: Best and worst dressed
entertainment
Andrew Garfield
Emma Stone
Exes