Watch out North Korea! Here's the giant robot that may patrol South Korea's border in future 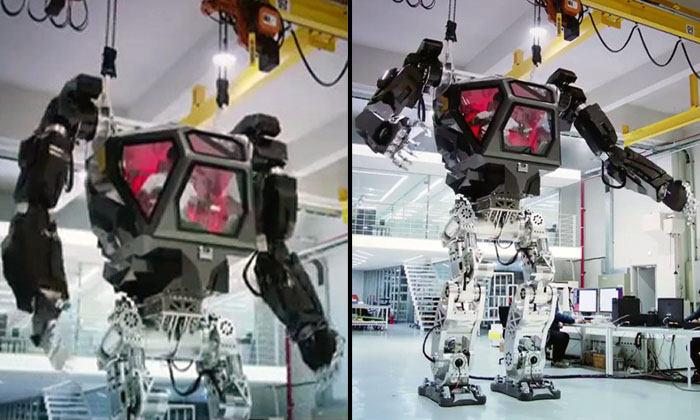 While North Korea claims to have landed a man on the sun, South Korea is coming up with its own game-changer.

This would be a giant, walking robot, of course.

The almost 4 metre tall, 1.5 tonne machine was created by South Korean robotics firm Hankook Mirae Technology, and is only 12 months into its development.

It could potentially be used in construction sites, warehouses or even for military purposes, reports UniLad.

This means there is a chance it might appear at the de-militarised zone between North and South Korea.

However, the robot's creators say it is far from finished, and the project still has a long way to go.

The robot has drawn comparisons to those featured in the movies Avatar and Robocop.

Ironically, one of its builders, Vitaly Bulgarov, has worked on Robocop, Terminator and Transformers.

Also, if it is to be a feature at the border between the two countries, it needs to be able to withstand blasts.

Mostly because the border is peppered with landmines.