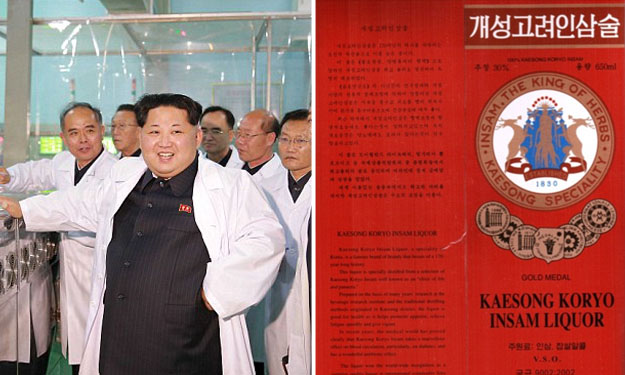 The latest wave from the shores of North Korea is an alcoholic drink distilled from rice wine and ginseng root, that apparently does not give the drinker a hangover.

Kaesong Koryo Insam Liquor, as reported by the North Korean media, is the result of several years of hard work by the state food scientists.

Despite the fact that the ginseng spirit has an alcohol by volume (ABV) of 43 percent, it claims to not cause drinkers any hangovers, and is 'highly appreciated by experts and lovers'.

The 'miracle spirit' was apparently distilled with rice instead of sugar during the fermentation process, as mentioned by AsianTown.

Pyongyang Times refers the beverage as an elixir of life, as the Koryo Liquor is made of six-year-old ginsengs, which is known for having the highest medicinal effect.

However, experts have waived off claims of a hangover free alcoholic drink.

Drinks historian and Sipsmith's master distiller Jared Brown says, "Over consumption of any form of alcoholic beverage will cause a hangover. Studies have shown this can vary somewhat based on the congener (impurity) levels, but too many the night before will inevitably lead to pain on the morning after."

This is not the first time the Koryo Liquor is linked to outlandish claims, having being produced in North Korea for several years.

It is said that the spirit's label goes on to add that Koryo Liquor 'won the world-wide recognition as a superior quality liquor at international commodity fairs held in Leipzig, Germany, Plovdiv, Bulgaria and other countries as well as liquor competitive exhibitions.'

The North Korean state distillery also claims that Koryo Liquor 'has raked high among the world famous liquor and enjoys a good reputation with discerning drinkers', despite the spirit being unavailable on any international markets.