"UFOs" spotted in Penang: Have the aliens arrived? 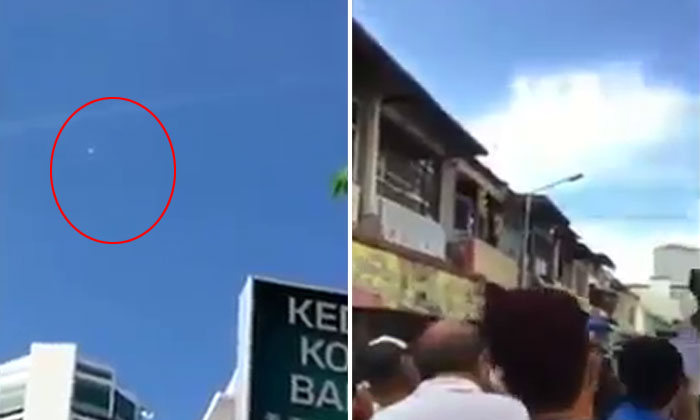 A video purportedly featuring UFOs floating near Komtar in George Town, Penang, have been circulating the web of late.

According to a report by The Star, the video posted by Facebook user Wang Soon You, showed two white objects flying side by side above Komtar.

"A UFO appeared over Penang skies, would you believe me,"

Wang also uploaded another video showing a group of people looking up at the sky, commenting on the floating objects.

Another user commented: "Can a drone be so big? I am looking at the same thing too."

What do you think: Drone or UFO?

Related Stories
Man sticks finger into mysterious hole... and it proves to be a big mistake
Is that a 'UFO' or just a really pretty ring of light?
A 'spaceship', live-streaming screens and more futuristic features: Here's a first look at the new Zouk in Clarke Quay
unusual
unusual sight
alien
spooky
ufo
drones
cool
weird
Malaysia
Penang