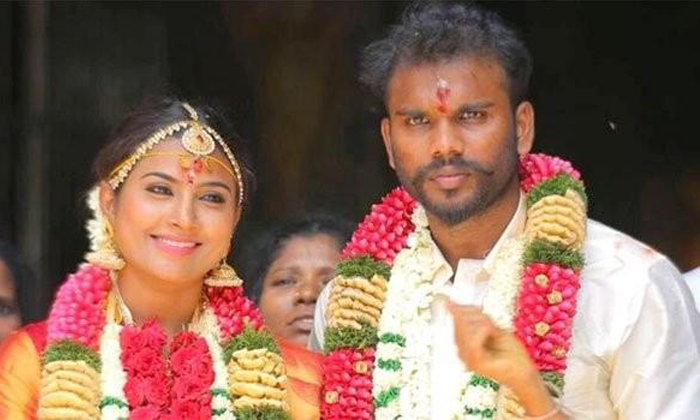 In a shocking turn of events, Karthikeyan consumed poison and reported dead on Monday. He left behind a suicide note where he blamed his father-in-law for his action.

The body was found on Tuesday morning by a lodge employee in Virugambakkam.

He suspected something wrong as Karthikeyan had not come out of his room for a long time.

Currently, the police is investigating the matter.

Nandhini said that he was involved in corrupt business practices. When she confronted him, he threatened to commit suicide and that is why her parents took her home with them.

She also said that Karthikeyan had an extra marital affair.

“Nobody, including my parents, knew about this incident so far. The girl he was involved with allegedly had also committed suicide.

“The police had arrested him. But, I didn’t tell anyone. I told others that he had gone to Dubai. All the secrets that I had buried in my heart are now coming out because of him,” she said, adding she kept offering him money from her earnings.

The 32 year-old Nandhini is famous for her role of Myna in Saravanan Meenatchi and is also one of the most popular comedians in the Tamil TV industry.

The two of them tied the knot after a short love affair but troubles started brewing in their married life.