Ruby Lin reveals what her baby daughter looks like 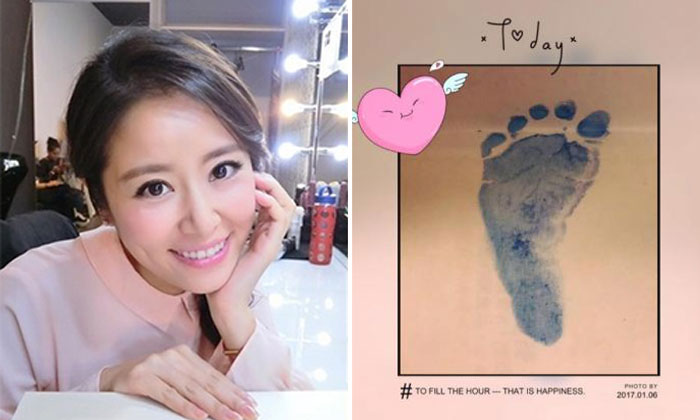 Ruby Lin gave birth to a healthy baby girl on Friday (Jan 6), five months after getting married to Wallace Huo in a whirlwind wedding.

Although there are no photos of the baby, who was born by Caesarean in Chung Shan Hospital in Taipei, Ruby revealed that she has two dimples.

"The two of us have one on one side, she has gathered two, it's so fun," she exclaimed.

According to Asian E-News Portal, her friends and family have showered her baby with presents but she said:

"I am rejecting any gold jewellery as I do not want my friends to waste money."

Although she gave birth by Caesarean section, Ruby is said to be recovering well, reports Jayne Stars.

She was already out of bed and walking about on the second day after birth and is producing breastmilk, reports a source.

Ruby reportedly cried when she heard her daughter's first cry and did not want to let go of her.

The 40-year-old actress plans to get back to acting as soon as she can and the couple are interested in having another baby soon too.