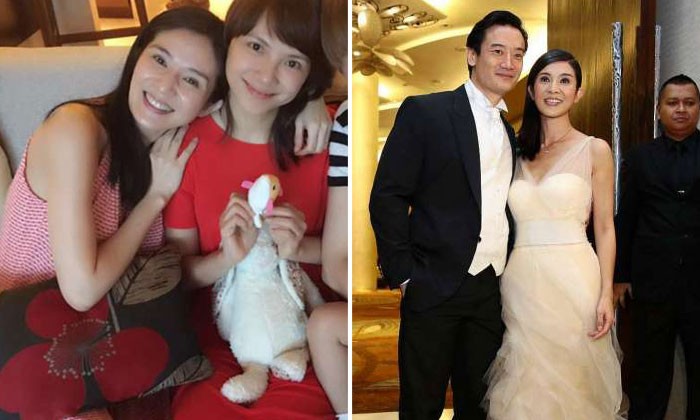 It will be a Year of the Rooster baby for actress Charlie Young.

Young, 42, is five months' pregnant and awaiting birth in Singapore, her manager confirmed to reporters on Monday.

The gender of the baby, her first child with Singaporean Khoo Shao Tze, was not revealed.

The news came after the actress was pictured on her Weibo page, covering her tummy with a cushion.

With her in the picture are her friends, singer Gigi Leung and actress Lee Sinje, who had travelled to Singapore to usher in the New Year with her.

Taiwan-born Young, star of 1994's The Lovers, married Khoo in a celebrity-filled wedding in Singapore in November 2013 after a courtship of 20 years.

"Charlie is well. She's a happy mother-to-be," Leung was quoted as saying by newspaper Apple Daily. She is pictured holding her daughter Sofia in the photo.

Related Stories
'His heartbeat was on and off': Dramatic birth for first Singapore baby of 2017
Baby with rare complication home after four months in hospital
baby
Hong Kong
birth
heartwarming
entertainment