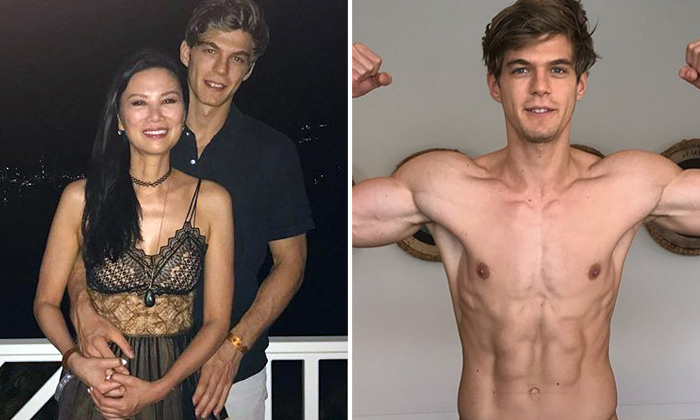 Wendi Deng, the ex-wife of media mogul Rupert Murdoch, was spotted walking along a beach in St Barts holding hands with a Hungarian model named Bertold Zahoran, who is 21.

The 47-year-old wore dark sunglasses, a white beach robe and matching bikini, as she strolled with her 1.88m lover on Wednesday (Dec 28), according to the Daily Mail.

In 2013, Murdoch and Deng split after 14 years of marriage. According to the Daily Mail, some reports claimed Murdoch, 85, was wary of his wife's relationship with former British Prime Minister Tony Blair, who is the godfather of their daughter Grace.

Deng and Zahoran were first seen together in New York in May last year, at supermodel Naomi Campbell's birthday party, and later at an exhibition in the city in November.

According to the Daily Mail, the Hungarian has been part of a few high profile advertising campaigns. He was discovered in Budapest by a fashion photographer in 2014.

Meanwhile, Murdoch got married for the fourth time, to former American model and actress Jerry Hall, 59, on March 4 in London.

Deng and Murdoch still remain close, and take care of their children Grace and Chloe, 13, together.