Pakistan's hottest hot tea seller gets even hotter after makeover 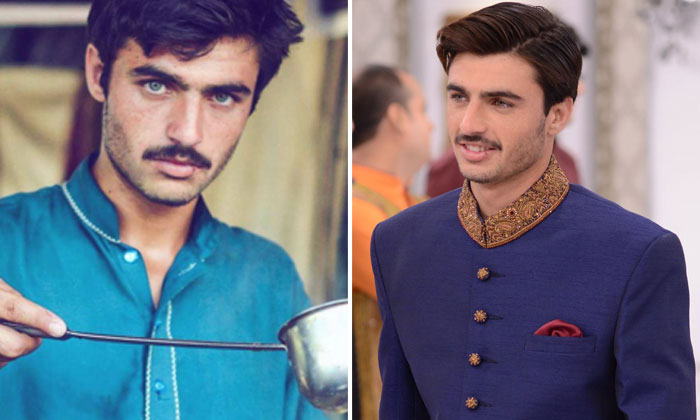 Remember the hot Pakistan tea seller that made the Internet go crazy all because of this picture (snapped by photographer Jiah Ali) of him working at a bazaar in Islamabad?

Well, we learnt a little more about this 18-year-old model during his recent interview on Good Morning Pakistan.

Before modeling and selling tea, Arshad Khan used sell fruits, water and vegetables at a Sunday Bazaar on a handcart. He did whatever he could to earn a livelihood on daily wages.

"I have never been to school but I always wanted to go," he told Good Morning Pakistan.

"We were poor for me to get an education."

We could tell from the interview how appreciative he was of the many opportunities he has been getting thanks to his new found fame.

However, he mentions that the best thing that has ever happened to him was being able to drink expensive tea.

And remember how Arshad even scored a modeling contract because of that one picture?

Well, he's recently been given a huge TV makeover, and boy does he look so dayum fine.

He was given a huge wedding style makeover and photo shoot by Aley Bhaidani, from the Ideatic Wedding Photography Studio during the hour long interview.

Khan even got an amazing haircut on set, and got to model a couple of tailored suits before trying on the traditional sherwani (inserts multiple heart eye emojis).

Meanwhile, the photographer who took the viral photo responded to the teenager's new found fame, reported The Telegraph.

“I took his picture, it went viral, that is all there is to it. I’m glad I could have helped him and wish the best for him and hope he makes something good out of this opportunity,” Ms Ali explained.

Ms Ali discussed the photo in further detail during a recent interview with Pendu Production. She said:

"I was attracted to the entire scene that presented itself to me, the perfect amount of sunlight, the hustle and bustle of crowd around his stall, his concentration in his task, it was a combination of all these factors which led me to take his picture.

“I am happy that I was able to help the young lad, and I cannot take the entire credit myself," she added.

According to the site, online retailer fitin.pk has already signed Khan up for a modeling contract and the teenager has also shown an interest in acting offers.

Looks like we'll be seeing more of him and his enchanting eyes real soon.