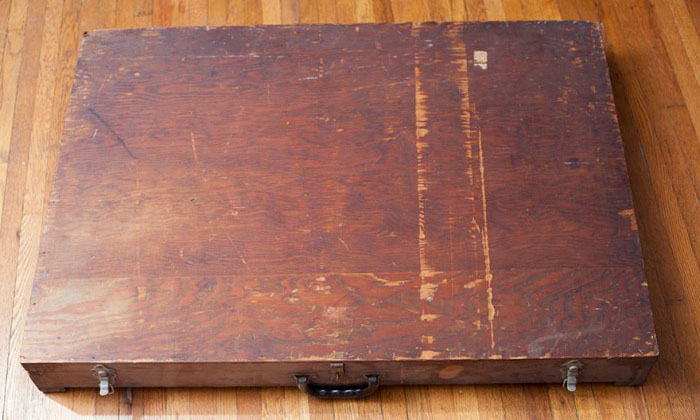 When Reddit user TramStopDan found a handmade wooden box in a dumpster, little did he realise just how baffling the contents inside would be.

From the outside, the box didn’t look very unusual, reports BoredPanda.

But that all changed when he opened it and discovered stacks of papers featuring diary entries about flying saucer visits in the late 1960s to 1980.

The box also had a whole bunch of other stuff like drawings of biblical creatures.

The contents soon got so odd the box was called “The Box Of Crazy.”

He discovered sketches of UFOs and heavenly four-headed entities appearing to be from the Biblical book of Ezekiel.

There were also drawings of creatures with wings, and other drawings that blended the divine and the extraterrestrial.

However, the contents of the box didn’t just stop at aliens.

TramStopDan then found some non-patented drawings of train wheels and hand-drawn maps from the late 1930s.

These were marked with a pinhole in the center.

When these mind-blowing sketches, writings, and maps were shown on Reddit, the internet immediately started asking questions.

But there have been no conclusive answers to what the drawings mean, or who the box belongs to.