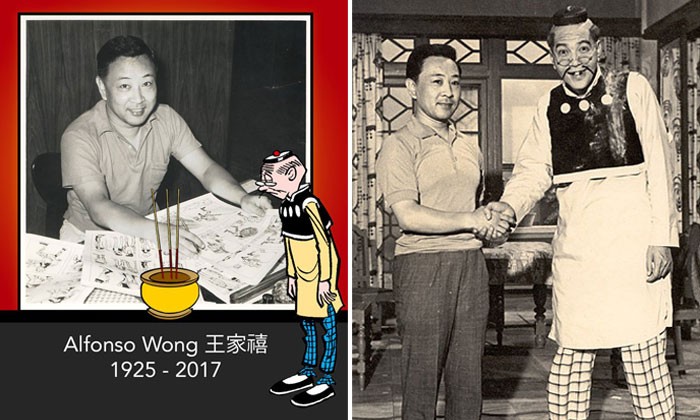 "Mr Wong once said, 'My life is like a comic strip, I will make Old Master Q captivate my audience as much as I can,'" the Facebook post read.

Wang moved to Hong Kong in 1956, painting Biblical scenes for the French Catholic mission for over a decade. He was also the art editor for a Hong Kong Catholic magazine, Lok Fung Pao.

His amusing and relatable portrayal of Old Master Q struck a chord with many readers, and it gained immense popularity in the Sinosphere.

"Not only did Mr Wong enjoy drawing, he loved fishing and pottery, and was multi-talented as an active athlete in swimming, diving, and skating," Old Master Q Comics - 老夫子 wrote.

"His experiences helped to fuel the vitality of the comic strips."