Kim Kardashian more low-key now after being robbed in Paris 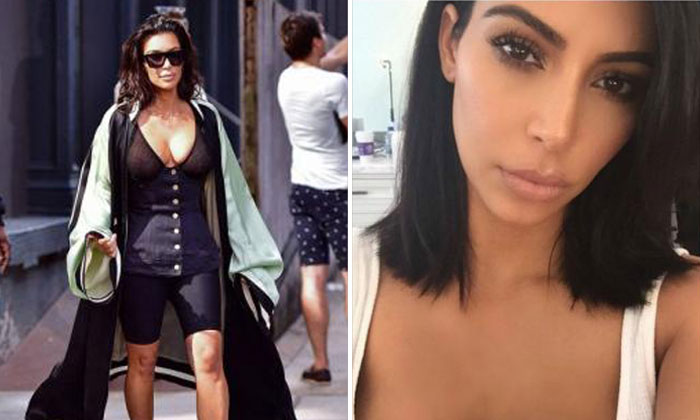 Kim Kardashian West's daughter North is "amazing" at pushing her brother Saint until he cries.

The 'Keeping Up With the Kardashians' star has admitted her three-year-old child can be a bit of a bully to her 13-month-old sibling as she has mastered the skill of picking on Saint to the point he has been reduced to tears, although the 36-year-old beauty has admitted her eldest child then puts on the water works when she comforts her son.

Alongside a picture of her and husband Kanye West's two children, she tweeted: "This was a rare moment. She is really amazing at pushing him and crying when I hold him though (sic)."

And the reality star has revealed Saint is much better behaved than North because he rarely cries, although when he does break out into a full blown sob he pulls the "same cry face" as her.

When asked if Saint was a whimpering child, she said: "Nope! He's so good but omg he has my same cry face.... poor guy! (sic)."

Kim has revealed she has no plans to expand her brood any time soon.

When asked if she would like to have another baby, she replied: " Def not! (sic)" alongside an emoji of a face crying with laughter.

It was previously claimed Kim has has had to "re-prioritise everything" and is spending more time with her family since she was robbed at gunpoint in Paris, France, last October.

Speaking previously, a source said: "Kim's style has definitely turned more low key. During her time off, she wore less make-up, more comfortable clothing and spent less time on her hair, and that worked for her. This is overall how she feels. She's not feeling like she wants to be as made up as she used to be. She's re-prioritised everything ... She's spending more time with the kids and she loved her time off with them."