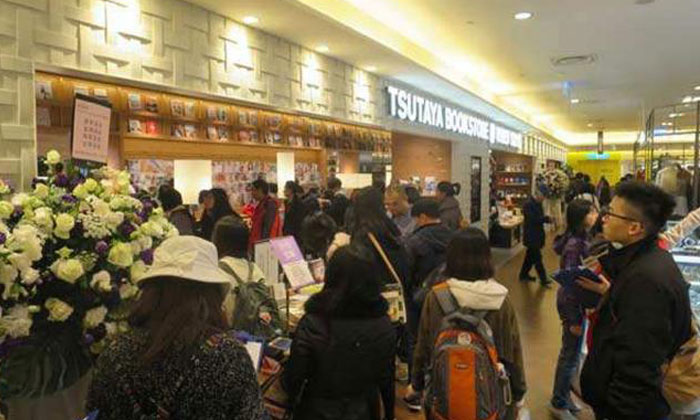 Located across the street from rival Taiwanese book retailer Eslite, the Tsutaya Bookstore has attracted much attention in the local market for its Daikanyama branch's reputation as "one of the most beautiful bookstores in the world," as claimed by the online magazine Flavorwire.

The Japanese bookstore chain said it aims to open five shops across Taiwan within three years.

The bookstore boasts 15,000 books available for purchase - including books and magazines in Chinese, Japanese and English - as well as hundreds of albums and DVDs, which customers can read as they have beverages in-store from an adjoined coffee shop, Wired Tokyo.

CMC Magnetics controls subsidiary Deltamac Co., which is jointly launching the Tsutaya Bookstore chains in Taiwan with the Japanese franchise.

Wong said the shop's selective taste and "Book and Cafe" theme differentiates itself from competition, and would provide customers with a comfortable environment to dine, wine and read books.

Tsutaya's spokesperson said an open interior design allowed customers to bring unpurchased books into the cafe area to read, while all beverages would be allowed into the book aisles.

The bookshop hoped the arrangement would boost the time customers could spend inside the bookstore.

The target customer is a tasteful 40-year-old man or woman with more leisure time and wealth, so books on offer focus particularly on cuisine, travelling and literature, said the spokesperson.