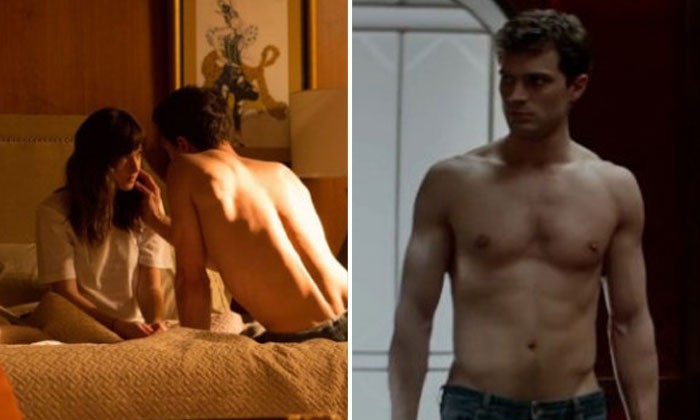 Jamie Dornan doesn't mind his fans trying to grab him.

The 34-year-old actor has earned himself a large following of fans through his performance as the sexy Christian Grey in the 'Fifty Shades of Grey' movies, and has admitted that he doesn't have a problem with being manhandled by overzealous fans who want to touch him.

When appearing on 'Jimmy Kimmel Live!' on Tuesday (31.01.17), host Jimmy Kimmel asked Jamie if he was okay with being grabbed by fans, to which he responded: "I don't mind that. I'm really going to regret saying that."

And despite being a hit with fans, 'The Fall' star - who has two children, Dulcie, three, and Phoebe, 23-months, with his wife Amelia Warner - admits he was once scared away from a gym in Los Angeles.

He told the 49-year-old television host: "I joined this gym, Equinox, on Sunset. I signed up and I went in to train and the first person I see when I went up is your man, Fabio.

"He was there with all his hair and all that. He was wearing a very loose-fitting tank top. He was doing pull-ups and had a crowd around him.

Meanwhile, Jamie previously admitted that his role as the S&M loving businessman hasn't had an influence on his sex life, as he and his wife don't share the same sexual fantasies as his on-screen alter ego.

"Obviously there's a huge market for it, a lot of people are into a certain type of sex but I am just not one of those people. It doesn't interest me at all. So, I don't think those roles have had any influence over our sex life."