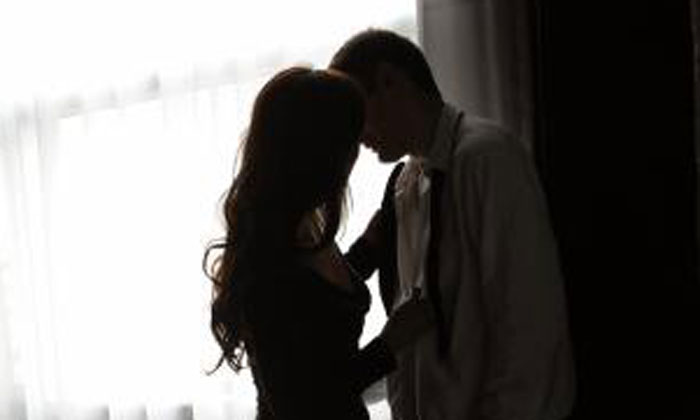 What would you do if you were caught up in this situation?

I will never forget the way my sister, Melissa*, looked at me when she told me she was pregnant. It was two years ago, we were at a cafe. At the time, I did not think Melissa had a boyfriend, and when I asked her who the father was, she refused to answer and would not look me in the eye.

I thought she was embarrassed about having a child out of wedlock - but I later realised how wrong I was. My sister was ashamed because she was carrying my husband's baby.

Growing up, I'd always felt a little lonely. My mother passed away when I was six and my dad frequently travelled for work. My younger sister and I had no choice but to depend on each other, so I was like a mother figure to Melissa.

I always dreamt of having my own kids, so when I met Heng*, I was so happy. I was 24 and he was 31, reserved and well-spoken. More importantly, we shared the same values.

During the course of our one-year-long courtship, Heng did not meet my sister, as she was overseas on a study programme. Around a month after Heng proposed, Melissa came back home, and they met for the first time.

Naturally, I wanted them to get along, but I was surprised by their instant chemistry. They had similar interests like computer games and marathons - two things I wasn't interested in. Still, I was glad the two closest people in the world to me liked each other.

Just over a year into my marriage, I gave birth to my boy. He was the spitting image of Heng, and I was kept very busy looking after my energetic little angel. Heng and I discussed what to do, and we decided I would stay home and care for our son, while Heng went out to bring home the bacon. I enjoyed staying home, so I did not question Heng's increasingly frequent business trips overseas as he said he was gunning for a promotion, to help us all.

At about the same time, Melissa graduated from university and started looking for a job. I was surprised when she decided to move out from our father's home into her own apartment. I wondered where she had got the money to rent her own place. But when I asked, she said she was helping her friend house-sit the apartment at a very low cost. She also upgraded her phone and started using cosmetics.

During one visit, I helped put clean laundry back into her wardrobe and discovered a drawer full of naughty lingerie. I assumed my sister had a boyfriend, but I did not pry. I preferred to wait till she was willing to share the news with me.

One day, when my boy was about 18 months old, I checked my husband's incoming text message on his phone while he was in the shower. I do not know what prompted me to read it… maybe I somehow already had a feeling that something was wrong. But when I saw the words: "I want to wear nothing but you. Xoxo M", I was devastated.

As I scrolled up the screen, I realised that Heng and this M had been exchanging "sexts" for over a year. I saw how M had been sending salacious pictures of parts of her body, sometimes in lingerie. And Heng was no better, he replied with naughty innuendos.

My world crumbled. My husband was a lying cheat.

After I discovered the texts, I did not say anything to Heng. Instead, I hired a PI. I felt that my husband was not the type to stray, so I really wanted to know who M was… and how she managed to seduce my dependable husband under my nose.

While the PI was carrying out the investigation, my sister told me she was pregnant. I still did not make the link. I even offered her money, not realising that all her clothes and food were already being paid for by my own husband!

When the PI told me M was Melissa, I refused to believe him. He showed me photos, but I could not take it in. Of all the people to betray me… I would never expect Melissa to be the one.

I decided to see for myself, and checked my husband's phone to see when he would meet Melissa. Then I showed up 30 minutes earlier with my boy in a stroller, and waited.

My heart broke when first Heng, then Melissa, showed up. They hugged, with Heng rubbing my sister's pregnant belly affectionately.

I slowly walked up to them, wheeling my son. The looks on their faces were priceless. Instead of breaking down, like I wanted to, I told Heng I wanted a divorce.

Till today, I'm proud of my composure that day. It's been two years and I've not spoken to either of them, except through lawyers. And I never see them, even at family events and festive times - Melissa makes sure to visit on a different day. But my father told me that Heng and Melissa now live together, and that Melissa's baby boy looks just like my own son.

I since discovered that my sister and ex-husband fell in love when I introduced them - but they were afraid of hurting my feelings. But by being dishonest, they hurt me much more. I am proud that I have moved on - I am now seeing someone who is willing to accept me and my son.

But I have not told my story to anyone outside my immediate family. I prefer to bury this secret in my heart.

This article was first published on Singapore Women's Weekly.