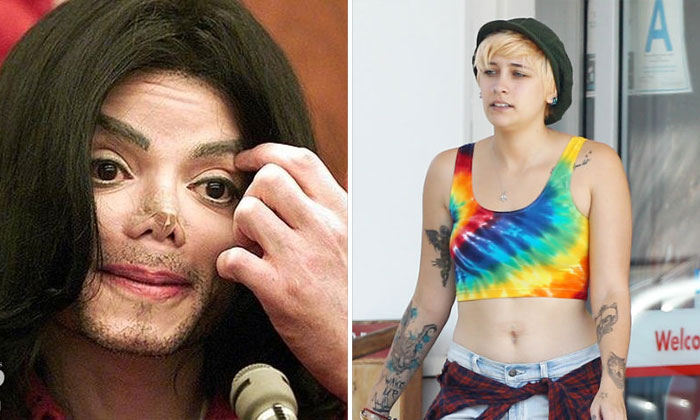 Paris Jackson is grateful that Sky has axed an "insulting" TV show about her father Michael Jackson.

The British broadcaster has decided against airing an episode of the series 'Urban Myths' featuring Michael, Elizabeth Taylor and Marlon Brando after concerns were raised by Paris over the decision to cast Fiennes, a white British man, as the chart-topping pop star who died in 2009 aged 50.

She tweeted: "I'm surprised the family's feelings were actually taken into consideration for once, we all really do appreciate it more than y'all know."

Michael's nephews TJ and Taj Jackson also took to social media after the decision was made, with TJ writing: "Thank you to everyone who made their voices heard. As I said it wasn't comedy, it was mockery with no taste. A great victory for his legacy!" and Taj adding: "Thank you to the fans, you continue to fight for my Uncle Michael's legacy and thank you to the media, for covering the extreme backlash (sic)."

The episode featured Michael taking a road trip from New York to Los Angeles with Elizabeth Taylor and Marlon Brando following the terrorist attacks on September 11, 2001.

But Paris, 18, was horrified by the casting and previously took to Twitter to write: "I'm so incredibly offended by it, as I'm sure plenty of people are as well."

What's more, Paris accused the makers of the show of intentionally insulting her father and Elizabeth.

She wrote: "It angers me to see how obviously intentional it was for them to be this insulting, not just towards my father, but my godmother liz as well (sic)"

Following Paris' public complaints, Sky released a statement which said: "We have taken the decision not to broadcast 'Elizabeth, Michael and Marlon', a half hour episode from the Sky Arts 'Urban Myths' series, in light of the concerns expressed by Michael Jackson's immediate family.

"We set out to take a light-hearted look at reportedly true events and never intended to cause any offence. Joseph Fiennes fully supports our decision."