Couple killed by lightning while out jogging in Malaysia 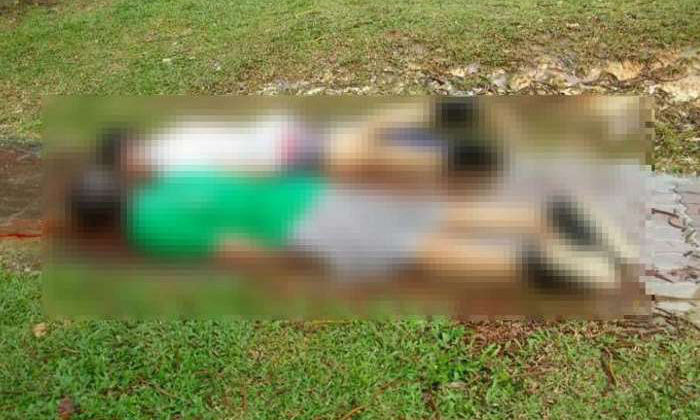 A couple died when they were struck by lightning during their evening jog at a playground in Malaysia's Jalan Kenari 10, Puchong Jaya, yesterday evening (Mar 12) at around 6pm.

According to the New Straits Times (NST), members of the public found Mr Yee Boon Koo, 59, and Madam Ooi Lee Chen, 57, lying face down on the jogging path.

An unopened umbrella was found near the couple while scorch marks were discovered about two feet away from them.

Photos circulating online show Mr Yee bleeding from the head. He showed signs of a head injury, presumably from when he fell.

An eyewitness said that he heard a scream before coming across the couple, though it was not raining yet when the tragedy took place.

Police pronounced the two victims dead at the scene.