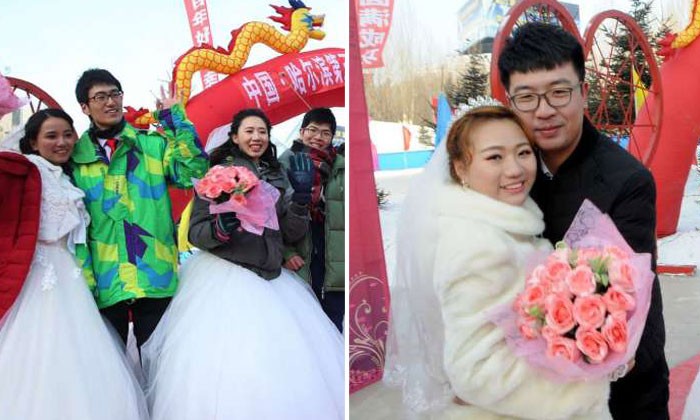 Eighteen couples tied the knot at a mass wedding as part of the Harbin International Ice Festival in northern China on Fri (Jan 6) when the temperature was about minus 20 deg C.

The ceremony began at 9.38am because the number eight is considered good luck in China.

According to Reuters via The Straits Times, the couples recited vows and shared kisses in front of an entourage of media and watchful spectators.

Fan Shimin, who travelled to Harbin with her husband said, "We're from Guangzhou and it doesn't snow over there, and it's not that cold.

"Coming here, everything around us is a winter wonderland of powder and jade."

Most of the couples mentioned that they were already married but they still wanted to take part in the Ice festival wedding ceremony, which is held every year.

This is the 33rd annual Harbin International Ice Festival which began on Thursday and will be held for 60 days.

The festival has a variety of wintry activities which draws several million tourists from across China and the globe every year.