Driver takes going against traffic to a whole new level: But who should give way? 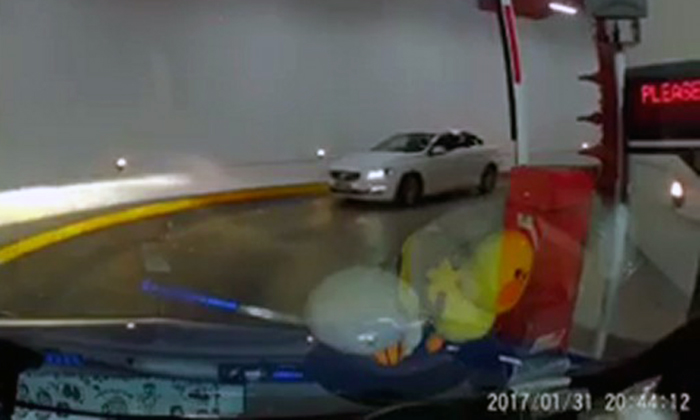 We have seen drivers going in the wrong direction, increasingly so recently, but this driver probably takes the cake.

And the dilemma this driver brought about even sparked a heated debate among netizens.

A clip posted by Person Wu on Beh Chia Lor - Singapore Road shows a driver going up the slope to the entrance of a carpark in Bugis+.

The driver, however, sees a Volvo going in the wrong direction and coming down the same slope.

The Volvo driver stops upon seeing the other car, presumably only just realising that he was going in the wrong direction.

The cam-car driver goes past the entrance gantry and up the slope, and the Volvo driver reverses quite a distance to let him pass.

But this is where netizens have been divided in their opinion of the incident.

Some said while the Volvo driver is in the wrong for going against the flow of traffic, the cam-car driver should have given way to him.

They explained that the slope was a few stories high, and going in reverse put both the Volvo driver and others at risk.

However, others pointed out that there were several reasons why the cam-car driver could not have given way.

The first reason was that if the cam-car went past the gantry, it would have to move out of the Volvo's way to allow it to pass in the short amount of time before the gantry arm comes down, which made this virtually impossible.

If the cam-car driver were to reverse and let the other car pass, he would not be able to enter as the gantry would detect a double-entry.

There is also not enough space for both cars to pass each other at the same time on that narrow slope.

The Beh Chia Lor page administrators recommend for the driver who went the wrong way to get out of the car and ask for help through the gantry's intercom.

So what would you have done in this situation?

Related Stories
Round of applause for this Porsche driver's fantastic parking skills at Marina Square carpark
Sly tailgater at Sengkang carpark probably didn't get enough ang paos to pay for parking
Stomper puzzled by electronic board at multi-storey carpark next to Nex shopping mall: "The sign says carpark is full but it's practically empty"
drivers going against traffic
going against traffic
carpark