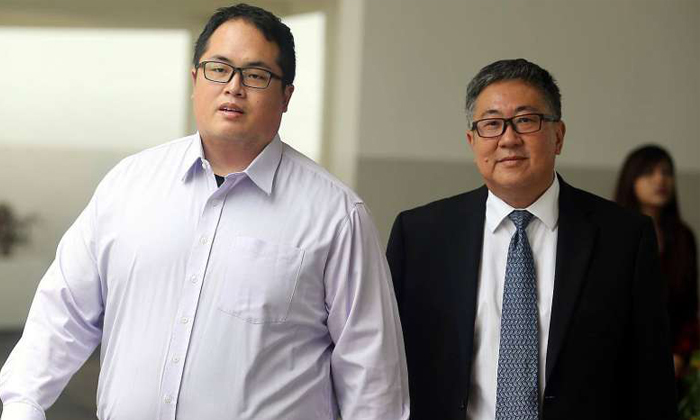 Tan, his younger brother, their older sister and their mother had migrated to Canada on Dec 1, 2000, with no intention of returning to Singapore.

However, his father remained here, due to a lack of employment opportunities overseas.

The younger Tan received his Canadian citizenship in early 2005.

Between Dec 1 that year and June 30, 2006, three letters were sent to their Singapore address, asking him to register for NS.

When he failed to turn up, officers from the Central Manpower Base (CMPB) went to the home in October and November of 2006.

In the middle of 2009, SC Tan called CMPB to say his eldest son wanted to renounce his Singapore citizenship.

But CMPB replied that his son had to serve his NS first. It also said Jonathan Tan had been classified as a defaulter and urged him to return as soon as possible.

A separate case involving SC Tan's younger son Isaac Tan Yang En, 25, who has also returned to Singapore after defaulting on NS, is still under investigation.

Jonathan Tan will be appealing against his sentence and was offered $10,000 bail.

The prosecution had asked for a five-month jail term, arguing that Jonathan Tan had reaped the benefit of his Singapore citizenship by completing his primary education here but never took any concrete action to renounce his citizenship, despite moving to Canada and becoming a citizen there.

But the defence urged the court to impose a fine or a community-based sentence, saying he could not return earlier as his mother was suffering from a psychiatric condition.

For remaining out of Singapore without a valid exit permit, he could have been jailed up to three years and fined up to $10,000.

In 2006, then-Defence Minister Teo Chee Hean said in a ministerial statement on NS defaulters that the Constitution was amended in 1979 so that those who refused to serve could not escape their NS obligation by simply renouncing their citizenship.

He added: "Only those who have emigrated at a young age and have not enjoyed substantial socio-economic benefits are allowed to renounce their citizenship without serving National Service."