28-year-old man admits to evading NS for a decade 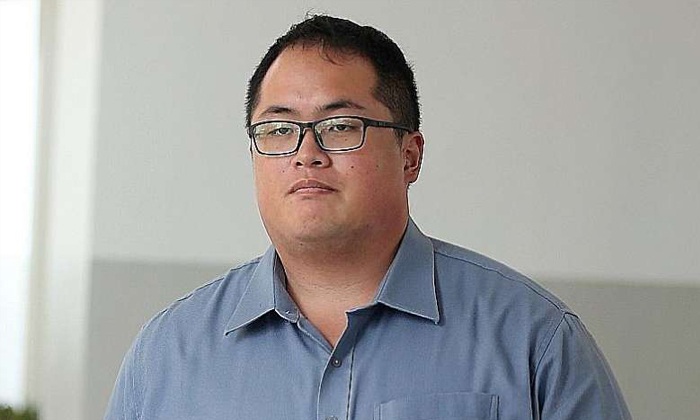 The prosecution is pushing for a five-month jail term for a 28-year-old man who yesterday pleaded guilty to defaulting on his national service (NS) for a decade.

Not only did Jonathan Tan Huai En reap the benefit of his Singapore citizenship by completing his primary education here, but he also never took any concrete action to renounce his citizenship, despite moving to Canada and becoming a citizen there, the prosecution argued.

But his lawyer urged the court to impose a fine or a community- based sentence instead, saying Tan could not return any earlier because his mother was suffering from a psychiatric condition.

He, his younger brother, their older sister and their mother had migrated to Canada on Dec 1, 2000, with no intention of returning to Singapore.

However, Tan's father remained here, due to a lack of employment opportunities overseas.

When Tan still failed to turn up, officers from the Central Man- power Base (CMPB) went to the home in October and November of 2006.

In the middle of 2009, Tan's father called CMPB to say his son wanted to renounce his Singapore citizenship.

About two months later, the father sent CMPB a letter from his lawyers, stating this again.

But CMPB replied to say that Tan had to serve his NS first.

It also said that he had been classified as a defaulter and urged him to return as soon as possible.

But as the elder son of the family, Tan said he was effectively the "man of the household", who was obliged to take care of his younger brother, now 25, and mother.

His mother began psychiatric treatment for depression in Vancouver in October 2008.

Deputy Public Prosecutor (DPP) Houston Johannus said: "The simple fact of the matter is that it was always open for Tan's mother to return ... so that she would be properly cared for in Singapore by his father or their relatives."

From 2010, Tan's mother also seemed well enough to allow him to start working, the DPP said.

He also noted that Tan applied for and received a Singapore NRIC when he returned to Singapore on May 5, 2015 .

"It is submitted that this further affirms the accused's intention to hold onto his Singapore citizenship and enjoy the privileges it brings," said the DPP.

However, Tan's lawyer, Ms Josephine Choo, argued that he did not have an NRIC because he had left Singapore when he was 12 years old, and needed to get one so that he could serve NS.

He is expected to be sentenced on Feb 2.

His brother, who has also returned to Singapore after defaulting on NS, will be dealt with separately.