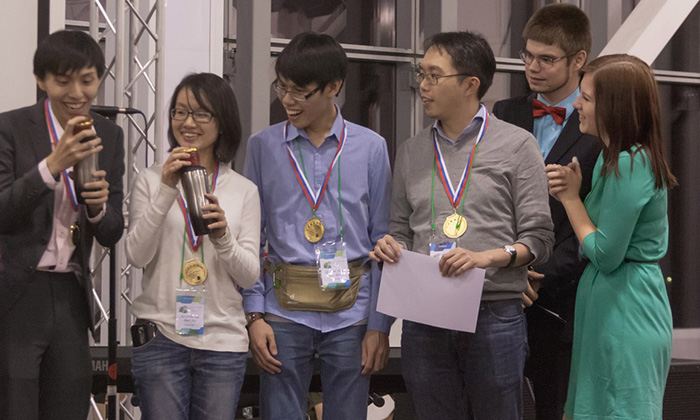 A group of four National University of Singapore (NUS) students emerged as the winner of the 2016 International Natural Sciences Tournament (INST) held in Russia.

The INST 2016 was held from Oct 12 to 16, and there were a total of six teams that participated in the competition.

It was the first time that the tournament was held on the premises of the Novosibirsk State University.

Said Daniel Kolokolov, the president of the tournament jury:

"The winning team effectively applied their knowledge of science progress in the field for the past three years. They also researched best practices and developed their own concept."

The VIII International Natural Sciences Tournament is to be held at Dr. Bhim Rao Ambedkar University (Agra, India) next year.