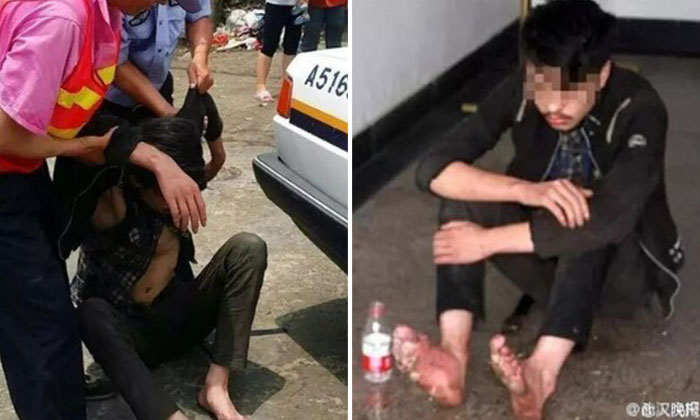 A 19-year-old man was found lying unconscious near a railway track in Hangzhou with his feet bleeding and infected.

The police officer who found him quickly called for an ambulance.

According to Shanghaiist, the young man woke up briefly to ask for water.

He said that he had been wandering aimlessly and had not eaten for three days.

The reason why he had no money for food was because he had spent it all during a six-day-long gaming marathon at an internet cafe.

When the police contacted his parents, his father initially said that he did not want his son back because he did not care about anything except for online gaming and had apparently run away from home ten days prior.

However, he softened his heart and requested that his son be sent home.

Netizens sympathised with the boy's father saying that his son was a "hopeless loser".

They also were puzzled at how six days playing at an internet cafe could cause his feet to hurt so badly.

Police say that if the teenager had not been spotted in time, he could have died.