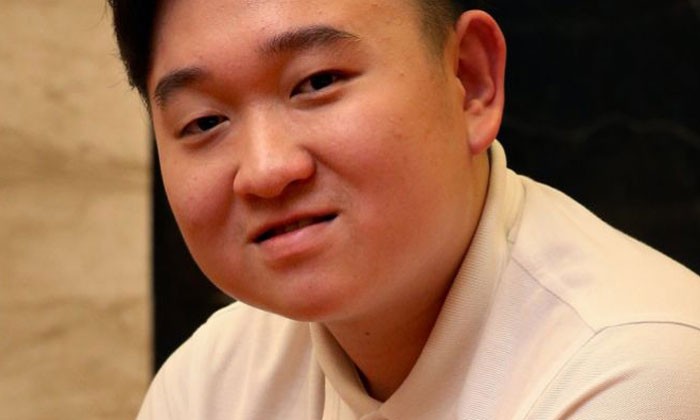 Isolated by his friends and experiencing relationship problems, he was slowly afflicted with depression.

His interest in information technology (IT) was what kept his spirits up and offered him a lifeline.

Mr Choo Hong Xuan, 19, a student at the Institute of Technical Education (ITE) College Central, then devoted his time on honing his IT skills.

It paid off as he won the Gold Medal in the WorldSkills Singapore (WSS) last Friday for the IT Software Solutions for Business category.

The WSS offers a platform for ITE and polytechnic students to test their technical proficiency against international standards.

This year, there were 150 participants in 17 skill areas that included cooking and mechatronics.

Gold medallists from each category will represent Singapore in the WorldSkills Competition (WSC) in Abu Dhabi in October next year.

In WSS, Mr Choo beat five other competitors to clinch the gold medal over three days of competition.

He performed a series of tasks related to the Singapore Air Show desktop application, to better manage booking and customer service.

FELL OUT WITH FRIENDS

For four months, he would head to his school's laboratory every school day to prepare for the competition.

He said: "I practised past year papers and identified the gaps in my knowledge every school day for two to three hours. It was tiring, but I had to give it my best shot."

His depression started in Secondary 3, when he fell out with close friends, which made him feel lonely.

In 2014, he experienced relationship issues with a girl, which worsened his condition.

At ITE, his grades dropped from 3.7 in the previous semester to 1.6 that term.

Mr Choo said: "Sometimes I'd cry, but most of the time, I would just think.

"I once sat on the pavement in Sembawang. Passers-by asked me if I was okay, but my mind was just blank."

Today, his studies and prescribed medication have helped him excel at school.

Mr Lim Chin Heng, 40, his course instructor and Info-communication Technology lecturer, said: "Hong Xuan put in more than 10 hours of training per week and would read programming books and sites over the weekend.

"Despite being mentally exhausted at times, he really went above and beyond in his training."

Mr Choo added: "I feel much more confident now. I feel like I'm a step closer to becoming a successful person."

I feel much more confident now. I feel like I'm a step closer to becoming a successful person.

Muhammad Zafhir Nordin, 20, was named the Gold Medallist for the Visual Merchandising skill area after designing, presenting and creating an Arabian-themed window display for shops.

Mr Zafhir said: "I was very surprised, especially since it was the first gold medal for ITE in my trade. It was an emotional and proud moment."

Winning the competition was tough for Mr Zafhir. From February, Mr Zafhir started to prepare twice a week and he increased his preparation to five times a week nearing the competition, practising all sorts of skills such as wood-cutting and drilling.

That was on top of school work and his part-time job.

During the preparation phase, he would spend 15-hour days at school and work before heading home.

Mr Low's interest was sparked in Primary One, when his parents took him to Changi Airport on weekends.

He then found himself listening to stories told by friends of his brother who were all studying Aerospace Technology in Ngee Ann Polytechnic.

Mr Low said he would like to work at either the SIA Engineering Company or the Republic of Singapore Air Force in future.