Demand for female tutors '2.5 times that for male' 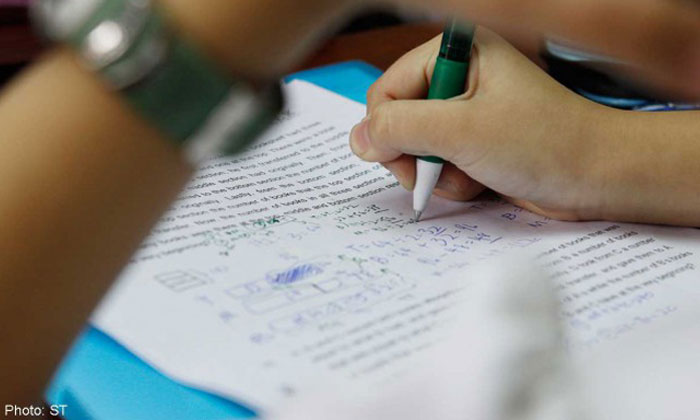 When it comes to tutors, women are in greater demand than men, a recent local study has found. For some parents, this preference results from a wary attitude towards male tutors, and the stigma that surrounds them.

Conducted by ManyTutors, an online tuition agency which provides private tutoring and tutor-matching services, the study involved more than 40,000 tutors here. It was conducted from July last year to April this year.

Tutors who join the agency are required to state their expected pay, along with personal details such as gender and education level.

Findings of the study released in May this year revealed that the demand for female tutors is 2.5 times that for their male counterparts, based on gender-specific job requests from clients.

Human resources executive Rachel Leung, 44, said gender would definitely be a big factor in hiring a tutor for her two daughters, who are in Primary 5 and Secondary 1.

"If it's a big class of students, gender does not matter to me, but if it's private tuition, I would be much more comfortable with a female tutor interacting with my daughters," she said.

However, for others, the tutor's gender does not matter.

Ms Vickie Yap, 47, an educator who has two daughters, aged 13 and 19, said: "As long as I see improvement (in their results), gender does not matter to me." Ms Yap allows her older daughter to "choose her own tutors who she thinks can help her see her full potential".

Mr Lai Weichang, co-founder of ManyTutors, said the preference for female tutors could be due in part to parents with daughters being more comfortable with female tutors for one-on-one tutoring sessions.

Ms Eleanor Tan, director of marketing and communications at The Learning Lab, a local tuition centre that runs educational programmes for students from preschool to junior college, says that there is no discrimination of the sexes during the centre's hiring process.

She added: "However, and perhaps due to the nature of our industry, we do have significantly more female applicants."

This results in female teachers making up the majority of its teaching staff.

Tutor Kris Ng, 37, said she would choose to hire a female tutor for her sons, aged nine and 11, out of concern over sexual predators.

"There have been many stories of scandals involving male tutors," she said. "I would trust females more because it does not happen with them as often as (it does with) male tutors."

A public servant, who wanted to be known only as Yi Lin, felt that social media, less self-control, and liberal parents could make adolescents "more exposed to things ahead of their time".

Referring to students that became involved in sexual acts with educators, the 43-year-old said: "I think what they gather from these places (the Internet) may impact their behaviour." She added that she, too, would be more comfortable with her 11-year-old daughter being tutored by a female teacher.

In January this year, a teacher, who began courting his student when she was 13 and went on to have a five-year sexual relationship with her, was sentenced to 4½ years' jail.

The year 2014 saw a spate of such cases as well. One of them involved a 30-year-old male tutor who had sex with a 15-year-old student and exploited another 14-year-old, with the judge calling him "every parent's nightmare".