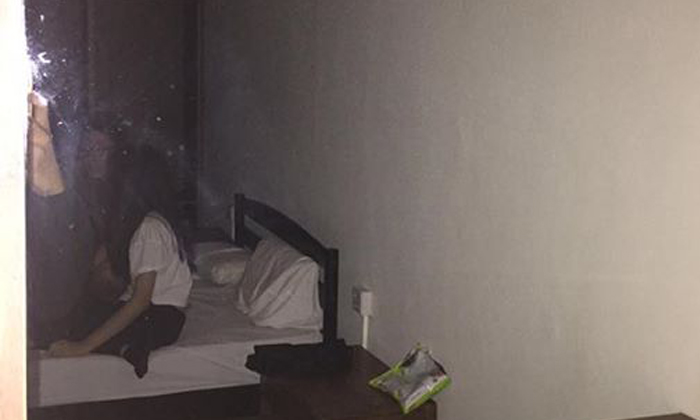 Ever heard of Thai movie Shutter (2004), featuring the famous plot twist whereby a female ghost was photographed sitting on the male lead's shoulders in the final scene?

Well, a group of friends might have recently experienced something similar in real life.

Social media influencer and blogger Peggy Heng, who goes by the alias Thy Dowager, recently shared the creepy encounter that her sister Joey and some friends had at Aloha Changi Yacht Club Chalet.

Even though chalets in Singapore are usually fully booked over the weekends, the group of friends managed to get a room there just one day before -- which struck Joey as strange.

They went ahead with the outing anyway and upon checking in, realised that their room was located right opposite "Old Changi Hospital and the infamous abandoned Aloha Changi resort".

But the freakiest part was when some people came across sightings of "a female figure with short hair" and "a white figure with long hair" during wee hours of the night.

One guy who sensed that something was wrong also went into Joey's room to check on her.

The group then decided to "do a little test by taking a photo against the mirror reflection after wiping the mirror thoroughly clean."

Peggy wrote in her post, "It appears that a woman figure is sitting behind Joey and touching her head" and shared a creepy photo showing the spooky sighting.

What do you think? Read the full post in the gallery above.