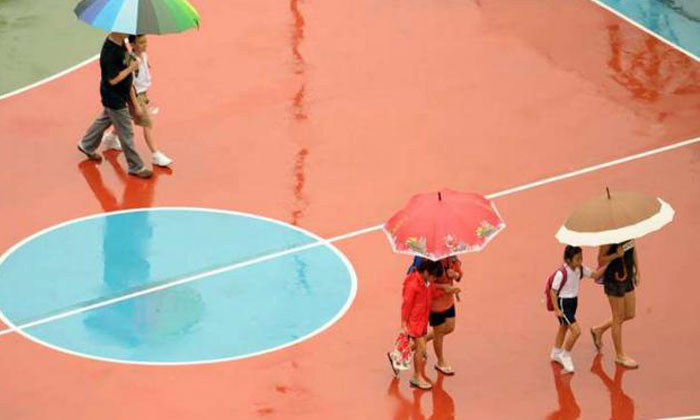 Ready your brollies if you are visiting friends and family over Chinese New Year.

Another monsoon surge is bringing rain to the region from Friday (Jan 27), the National Environment Agency (NEA) said on Thursday.

NEA forecasts "occasionally windy conditions with passing showers in the afternoon" on Friday.

Periods of showers, heavy at times are expected on Saturday, the first day of Chinese New Year. The day is likely to be cloudy, with occasionally windy conditions.

The surge is forecast to gradually weaken on Sunday, when passing showers in the afternoon are expected. There will also be occasional wind.

The daily temperature during the weekend is forecast to range between 22 deg C and 32 deg C.

The monsoon surge refers to a strengthening of winds over the South China Sea, causing extensive rain clouds to form over the surrounding region.

On Sunday and Monday this week, a surge brought sheets of rain over the whole of Singapore, causing flash floods and traffic jams in many areas.