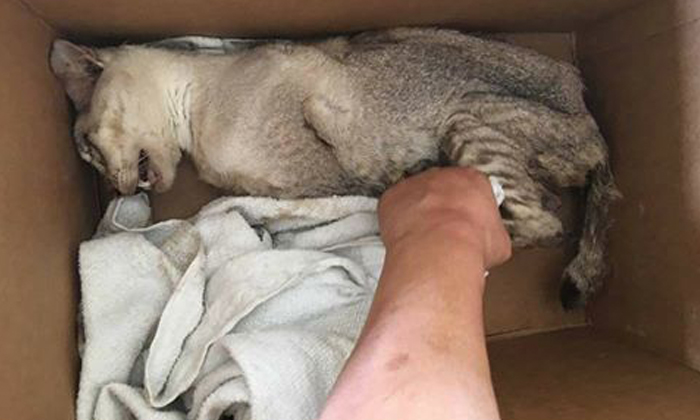 Less than a week after three cat carcasses were found in separate incidents at Yishun and Jurong West, a dead cat was found at Blk 577 Pasir Ris St 53 yesterday (Feb 14).

According to the Cat Welfare Society in a Facebook post, the dead cat was found in a riser at the staircase landing between the ninth and tenth floors of the block by a cleaner.

“It was reduced to skin and bones and had a large open wound on its tail. Its bum was so raw the caregiver could not tell if it was a male or female.

“The horrific brown stains in the riser shows that it had been struggling desperately inside to get out. By the time it was found, it had given up.

“Sadly, the cat died before it could be rushed to the vet.

“This is clearly a deliberate act of cruelty.”

The authorities have been alerted to the incident, and the Cat Welfare Society will be conducting a door-to-door appeal for information at the block on Saturday afternoon.