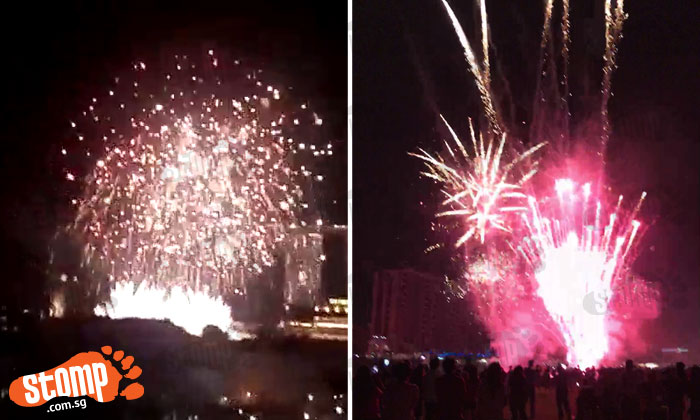 The night skies were lit up by spectacular displays of fireworks as Singapore ushered in 2017.

Stomper Sudirman sent Stomp a video showing what went on at Marina Bay at the stroke of midnight yesterday (Dec 31).

In the video he sent, the fireworks display at the iconic local area went on for around nine minutes.

Colours of red, white and yellow coloured the sky as revellers cheered their hearts out.

Like the folks at Marina Bay, residents of Punggol were also treated to fireworks right in the heartlands.

The display took place at the centre of several HDB blocks and lucky residents were able to enjoy the visual spectacle from the comfort of their own homes.

"Many residents gathered at the field to watch the fireworks that went on for about four minutes."

Have a look at the fireworks in the video below.

On behalf of the Stomp Team, we hope you have an awesome 2017!