SAF's 9 Terrex vehicles back home, more than 2 months after they were held in Hong Kong 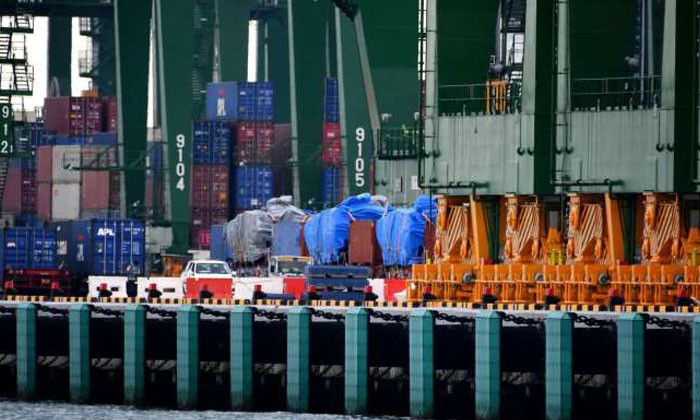 The nine Singapore Armed Forces (SAF) armoured vehicles that were detained in Hong Kong since last November have arrived in Singapore.

The Ministry of Defence said in a statement that the nine Terrex Infantry Carrier Vehicles and other equipment arrived at 2.40pm on Monday (Jan 30), and will be transported to an SAF camp for post-training administration.

"The standard post-training administration for all vehicles and equipment include thorough serviceability checks and routine maintenance," the statement added.

Hong Kong Customs had, on Nov 23, detained the nine Terrex vehicles and other equipment on board an APL container ship transiting there. The vehicles were bound for Singapore after an SAF military exercise in Taiwan.

Earlier media reports said APL had failed to provide appropriate permits for the vehicles, which are designed and made in Singapore.

Introduced in 2009, the 24-tonne eight-wheelers can carry 13 soldiers each, travel at a top speed of 105kmh and are at home in water.

The vehicles were kept in a Customs indoor storage facility from Dec 6 till their release.

On Jan 24, Hong Kong's Chief Executive Leung Chun Ying replied to Prime Minister Lee Hsien Loong's earlier letter to inform him that the Hong Kong authorities had completed their investigations and would release the Terrex vehicles and other equipment.

Defence Minister Ng Eng Hen said in a Facebook post that the Terrex vehicles left Hong Kong port last Friday (Jan 27) at 4.15am. Commercial shipping firm APL had shipped the vehicles directly back from Hong Kong without making any stops.

Hong Kong Customs had also said last week that APL could face criminal charges for a suspected breach of Hong Kong law that led to the vehicles being held.