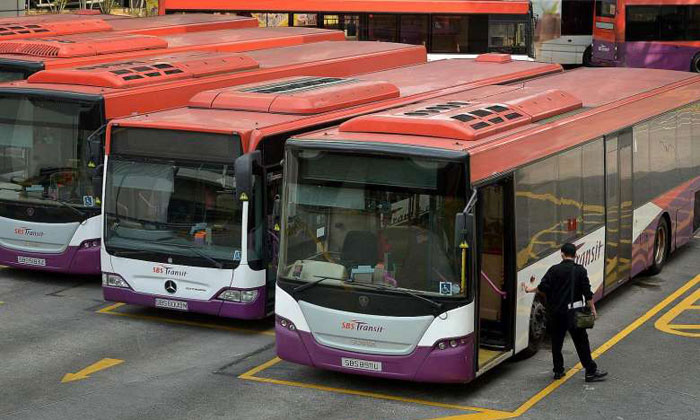 A Chinese male commuter who assaulted three bus captains on New Year's Eve has been identified by CCTV, SBS Transit said in a media statement on Sunday (Jan 1).

It said that the attacks happened on Saturday (Dec 31), at around 1pm.

The commuter had boarded the buses along Bartley Road - one for service 93 and two for service 129 - and slapped and hit the bus captains.

The three bus captains have been taken off duty to rest for two days and get medical treatment, SBS Transit said.

"We do not tolerate such uncalled acts of violence against our staff and we take a serious view of such acts. The attacks were deliberate and malicious and we will not spare any effort to ensure that the assailant is caught. We are working closely with the Police to this end."

CCTV footage of the assailant has been handed to the Police to assist them.

In the media statement, SBS Transit also said: "Meanwhile we have alerted all our Bus Captains and Traffic Inspectors on these assault cases and to be on a lookout for the assailant. We would also like to appeal to members of the public to assist by contacting the Police if they have any information."

The Police confirm a report was lodged and have established the identity of the suspect. Investigations are ongoing.