City Harvest case: The rise and fall of a superstar pastor 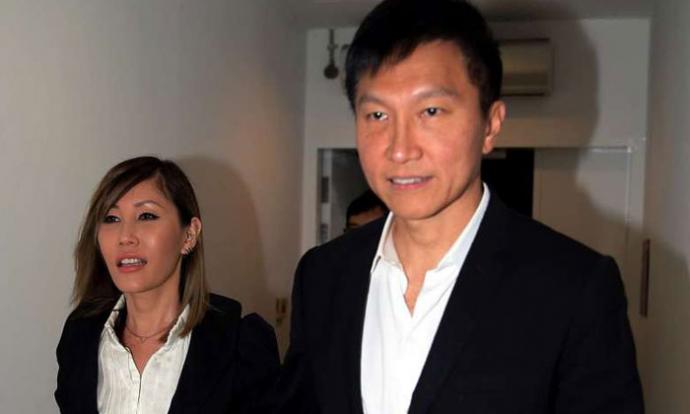 On Friday (Apr 7), Kong Hee sat stony-faced in the High Court, as a three- judge panel delivered its verdict.

Clad in his usual sharp black suit, the 52-year-old looked steelily ahead when he later exited the court, ignoring the barrage of questions from the media scrum.

It was a marked contrast to the charismatic eloquence that had helped propel his City Harvest Church (CHC) to its superstar status over the past three decades.

In 1989, the computer science graduate, then 25, started CHC in a single-storey terraced house at 41A Amber Road. It was called Ekklesia Ministry. His congregation comprised 20 teenagers.

The Raffles Institution old boy would cycle to see church-goers. Sometimes he would turn up for work dressed in a T-shirt and slippers, according to a church member interviewed for a 2002 article.

He married Ms Ho Yeow Sun in 1992, and the couple set up home in a Tampines flat although they would later live in a $9.3 million Sentosa Cove penthouse.

Registered as a society in 1992, CHC had few assets - it had no place of its own and services were held at rented conference rooms.

Mr Kirk Png's journey with CHC began at one such venue in 1993 - at the World Trade Centre. Then a Buddhist, Mr Png had been invited by friends. He said: "The congregation was about 800-strong. It was the friendship and presence of God that led me to stay when I faced parental objections."

The compliance consultant, 42, described the church's early years as "young and dynamic". "Many of us were young Christians. We learnt how to build up our character to be good Christians so we would make an impact when we stepped out."

In 2002, Ms Ho recorded her first Mandopop album, Sun With Love, for what CHC called the Crossover Project - a mission to spread the Gospel through pop music. It was meant to launch her career in the US. That same year, Kong was asked whether it was appropriate for a pastor to be a pop star. He replied: "Why don't we wait and see... if Sun compromises on her integrity and values. I have a feeling she won't."

But some church-goers were concerned. In 2003, a member, Mr Roland Poon, alleged that the church's building fund had been misused to finance Ms Ho's music career. He later retracted the allegations and took out advertisements in five newspapers to apologise.

Later, Ms Ho outraged some when she was photographed in a revealing red Armani dress at the Hollywood Film Festival. Some also expressed discomfort over her music videos being played before services.

During the trial, the court learnt that more than US$8 million (S$11 million) had been spent on Sun With Love. This included US$1.6 million in production fees for American rapper Wyclef Jean.

But the album was never released although singles were produced. Of these, the 2007 music video China Wine - in which Ms Ho adopted a persona called Geisha - was the most controversial.

Now 44, Ms Ho was reported to have received over half a million in bonuses and advances, including a $30,000 birthday cash gift and an $80,000 "special performance bonus for hits in the US or the United Kingdom" in 2006.

In court last year, deputy public prosecutor Christopher Ong noted that Kong and the other five accused church leaders had not shown remorse - which ordinarily would be a mitigating factor.

During the case, CHC's attendance fell. In 2015, it drew a congregation of 16,482 - a 30 per cent drop from 2009, a year before investigations began. But Mr Png said of the dip: "What is important is not who has left but who has stayed. When things happen you don't just leave the family and move on."

On the status of the Crossover Project, a CHC spokesman told The Sunday Times: "As a church, we believe that the cultural mandate and marketplace evangelism are every believer's calling.

"As for the means in which we express these, we need to take time to pray and seek God for the future."

Over the past four years, it had also become more transparent about the management of its assets and funds, she added.