Alexandra Hospital: A facility with a tragic past 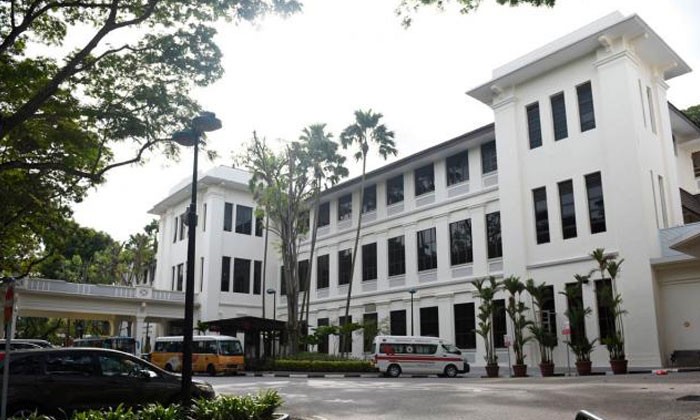 Alexandra Hospital feels more like a chalet than a hospital.

It even has a football field.

Its corridors are wide and airy and the hospital's main entrance at Block 1 overlooks a butterfly garden facing Alexandra Road.

Mr Lee Yan Chang, an executive architect from the Urban Redevelopment Authority (URA), says: "The intention was to provide airy spaces and encourage fresh air to circulate through the grounds so patients could recuperate - fresh natural air was considered 'health giving'.

Furthermore, there was no air-conditioning back then, so that is why the buildings are more spread out."

Members of the public are encouraged to enjoy the greenery at the hospital, especially the butterfly garden.

Mr Lee says: "The butterfly garden is a unique community landmark of the area that offers a quiet sanctuary everyone can enjoy. It is worth a visit if you are in the vicinity."

But beneath the serenity of the hospital's grounds lies an unsettling history: Staff and patients at the hospital were massacred by Japanese troops on Feb 14, 1942, during the Japanese invasion.

In recognition of the hospital's WWII history, the National Heritage Board marked it as a Historic Site in 1998.

Built in 1938 by the British Armed Forces, it was originally known as the British Military Hospital until it was handed over to the Singapore Government in 1971 for a symbolic $1.

It was then opened to the public as a general hospital.

Mr Lee adds that it is rare to find old hospital buildings which still function as hospitals today.

"Look at the Old Changi Hospital - it's no longer used as one," he says, referring to the hospital's old premises in Halton Road in Changi.

Alexandra Hospital's simplified neo-Classical-style buildings, typical of military buildings built in the 1930s such as the former military camp Gillman Barracks, are made of reinforced concrete with walls filled with local bricks.

However, the centre protruding structure at the front of Block 1 is not part of the building's original architecture.

It was added during one of the many renovations the hospital underwent from the 1970s to 1990s - the exact year it was added is not known - to provide shelter at the drop-off point.

During the renovations, the original glass louvres and mild steel frames at Block 1 were replaced with tinted full-glass windows and its pre-cast concrete cross balustrades on its facade were filled up.

This allowed the hospital to extend the rooms for additional space to meet the growing needs of its patients.

"What's unique about Singapore's redevelopment is that it is a nice balance between keeping the heritage and meeting the modern needs - in this case, helping to meet the increase in demand for hospital beds," says Mr Lee.

"In terms of heritage, we get to keep the most significant buildings of Alexandra Hospital as a reminder of it being a military hospital and its involvement in WWII."