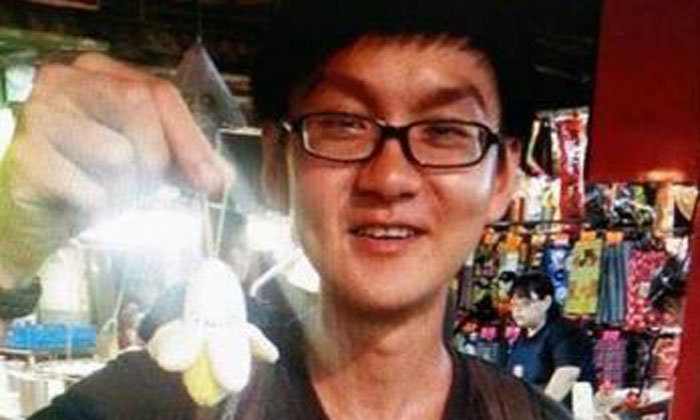 He would go hiking almost every day and if he was staying out, he would always inform his family.

But when he went out on Friday, Mr Steward Lee Goon Hong, 27, did not notify anyone and failed to return home, sparking a frantic search led by his family and friends over the weekend.

He was wearing a pair of black framed spectacles, a black T-shirt and blue jeans.

Ms Lee told The Straits Times a witness saw him at Saujana Road at 2.20pm.

She said that her brother always informed his family if he was staying out and this was the first time he had gone missing.

She told Shin Min Daily News that he did not tell anyone of his plans on Friday and that even his closest friends did not know where he went.

Her family made a police report on Friday night and the police sent out a missing person alert on their Facebook page on Saturday afternoon, appealing for information on Mr Lee.

Ms Lee also posted an appeal for help on her Facebook page on Saturday.

A group of friends and family members began searching for Mr Lee on Friday night, covering areas in Bukit Panjang and libraries, which he frequents.

The group started at 9am and the search was called off at 4pm, Ms Lee told The New Paper.

She said: "We're really worried, anyone who has any information can come forward."

She did not know which forested area her brother had gone to and declined further comment.

A police spokesman told TNP at 8pm last night that there were no updates to Mr Lee's whereabouts.

Members of the public with information can call the police hotline at 1800-255-0000 or submit information online at www.police.gov.sg/iwitness.