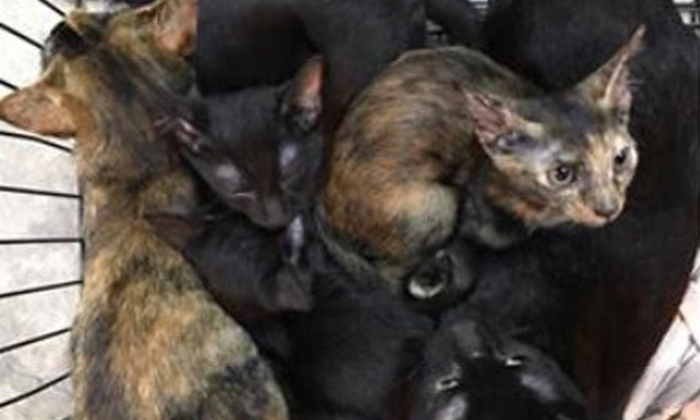 A 53-year-old woman was fined $2,000 yesterday (April 11) for pet abandonment, after she instructed her son to leave five cats at the void deck of Block 180A Rivervale Crescent.

The Agri-Food & Veterinary Authority of Singapore (AVA) said in a news release that it was alerted to the abandoned cats in March 2017.

CCTV footage from the lift showed a boy, later identified as Suriati Misran's son, carrying a cage containing the cats.

Investigations revealed that Suriati had directed her son to leave the cats at the void deck.

All the cats were subsequently rehomed by the Society for the Prevention of Cruelty to Animals (SPCA).

AVA said it "investigates all feedback on pet abandonment and will take enforcement action, where necessary."

Suriati could have been fined up to $10,000 and jailed for up to 12 months for pet abandonment.