What's causing all these fish to die at Lim Chu Kang Jetty? 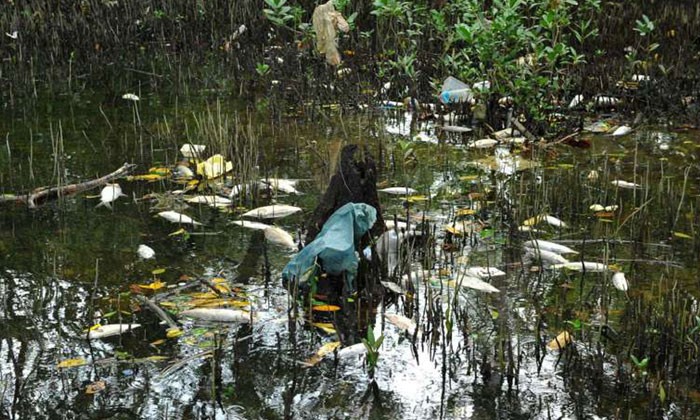 When The Straits Times visited the scene, the fish were seen either floating belly-up on the water or washed up along with water bottles and other rubbish along the shore.

A pungent smell emanated from the area, as well as from several black plastic bags at a rubbish bin nearby.

A boat belonging to the Agri-Food and Veterinary Authority (AVA) was docked at the jetty, while a "kelong"-like structure was combing through the water for checks.

Dead fish were also discovered by The Straits Times at Sungei Buloh Wetland Reserve on Monday, but in smaller numbers than at Lim Chu Kang.

This is not the first time that mass fish deaths have happened at a park or reservoir here. Last July, hundreds of dead fish were seen in a stream in Bishan-Ang Mo Kio Park, believed to be due to the hot and dry weather.