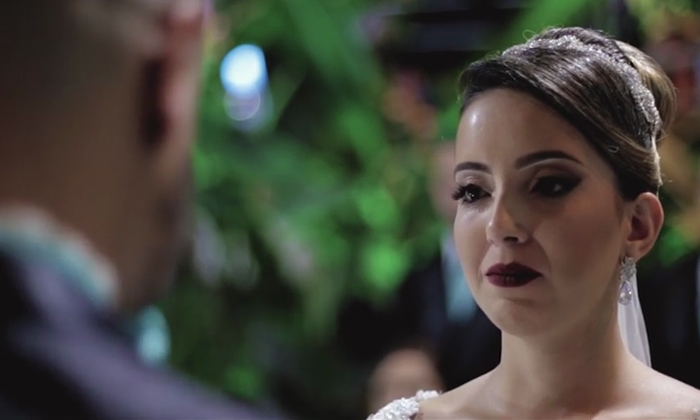 There are not one but two girls in this groom's life... but it's not what you are probably already assuming.

A video of Portuguese couple Jefferson and Jessica exchanging their wedding vows was posted on YouTube, and it will move you to tears.

According to Newsner, everything went as planned until Jefferson turned to his bride and told her something unexpected: He loved someone else.

He then turned to a little girl behind him and continued reading his vows to her.

The child was none other than Jessica's eight-year-old daughter, Giovanna.

Jefferson knew that he was not sharing his life with just Jessica, but also Giovanna, and promised both women that he would always be there for them.

He told Giovanna, "If I could ask God anything, it would be to have you as my daughter. I would be the proudest father in the world to have such a beautiful, intelligent, and educated daughter like you.

"I also give you love, my love, to take care of you, to always protect you, and to not let anything bad to happen to you."

Wedding guests and the new family were all left in tears after the beautiful ceremony and moving speech.