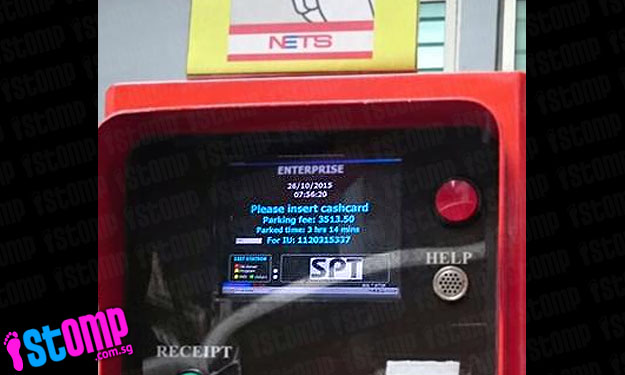 Stomper Viceroy was stunned after he found out that he had to pay $3513.50 for apparently 3 hours and 14 minutes of parking at Bukit Batok Industrial Park.

He just had breakfast with his wife and was leaving when the incident happened.

In an email to Stomp, he said:

"Happened on my first day of work.

"Went to the kopitiam to have breakfast with my wife.

"The total time we took was less than 30 minutes, but the system was faulty.

"I could not exit until the security guard came.

"When he came, we both laughed together and eventually he opened the barrier to let me pass."