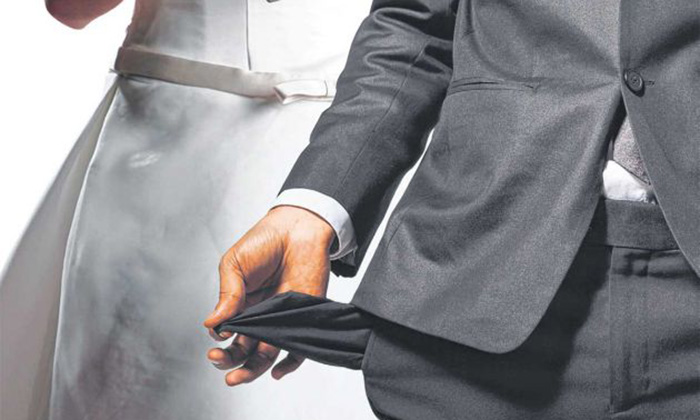 One couple's $110,000 wedding left them with a bill that took four years to pay off.

Another spent over $50,000 and their marriage almost ended.

Weddings are supposed to be memorable, not give the couple nightmares. But extravagant weddings are adding to the stress newly-weds face.

Mr John Vasavan, 56, a marriage counsellor for over 20 years, shared an example of a couple he had encountered in the early 2000s, who held a lavish wedding that almost cost them their marriage.

As a result, they started their married life in debt, says Mr Vasavan, who is from Congruence Counseling Service Singapore.

Mr Vasavan, who has counselled over 50 couples, tells The New Paper on Sunday: "The wife described the wedding cost as 'exorbitant' and the couple were in debt right after the wedding.

"Despite that, they went ahead to buy a five-room HDB flat, changed cars three times over five years and also had a child."

"To avoid the wife's nagging, the husband borrowed from loan sharks and that led to a lot of complications."

The couple were on the verge of divorce before they sought marriage counselling.

Unusual? Not so, say other counsellors.

Mrs Chang-Goh Song Eng, head of Reach Counselling, says that while wedding costs are usually not the main cause of a divorce, they can lead to detrimental effects in the long run.

Then there are the Lees.

This August, Mr Cayden Lee and his wife will be paying the last instalment of a four-year loan of $110,000 for their 2012 wedding. TNPS first reported their debt situation in 2014.

Mr Lee, now 35, had told TNPS then: "This is the real regret. We struggle from month to month just to make ends meet."

The hefty wedding bill was a strain on their marriage.

Mr Lee, who is an insurance agent, had said: "We have had more fights since our wedding than in the six years that we were dating.

"Most times, it was over money... and we'd end up blaming each other for the situation."

How did it all go so wrong?

They were smitten when they saw the glossy pictures and glitzy wedding must-haves in magazines.

They wanted a dream night, which included a bridal arch made with 999 fresh tulips from Holland, complete with a tulip-shaped balloon, for their wedding march-in. The arch cost nearly $12,000.

The bulk of the cost was the wedding banquet at a six-star hotel in the Marina Bay area - each of the 45 tables cost $1,688, before taxes.

The housewife had said then: "When we first did our calculations, we were confident we could afford it. We gave ourselves a year or two, at the maximum, to work things out."

As a result of their debts, they had to put off their plans to start a family.

Mrs Lee recently tells TNPS: "That upset my in-laws greatly. They started to put pressure on me, instead of their son. It got to a point that I actually walked out for three months and even considered a divorce."

During the break in their relationship in March last year, she went to live with her maternal grandmother in Johor Baru.

"But Cayden came almost every day to visit and started wooing me all over again, with love notes." she recounts.

"In the end, I decided to give our marriage a chance."

The rising cost of loving

Wedding costs increase by up to 10 per cent each year, say wedding planners

Is it really that expensive to get hitched here?

Wedding planners The New Paper on Sunday spoke to say that a wedding costs an average of $50,000.

At the upper end of the spectrum, Singaporeans spend more than $110,000.

But even for the average couple, we're paying close to what Americans are paying, which a recent study has actually found to be extreme.

Ms Michelle Poh, co-founder of Singapore wedding planning company Hitched Weddings and lecturer at the Institute of Certified Wedding Planners, says the price of a banquet table here increases by $100 every year.

Industry players say prices have been going up by five to 10 per cent yearly due to rising food costs, inflation and standard of living.

But Ms Poh says that while wedding costs are increasing every year, Singaporeans are still willing to pay as it is the norm to hold weddings at hotels.

Another reason is that hotels tend to be able to accommodate the average number of guests at a typical Chinese wedding.

Ms Poh says: "Not many people can make do with a close and intimate wedding because our tradition is to invite all our relatives, even if they are distant relatives."

In the US, it is tradition for the bride's family to pay for the wedding, according to US bridal websites. But here, a young couple is expected to pay for their own wedding and hope for red packets to cover the cost.

Mr Vasavan says: "Every parent must be mindful that if they ask their children to invite a number of their relatives, it's only fair (that they) fork out some money... The reception is to tell the whole world that the couple is getting married.

"You can do it in a restaurant for a few hundred dollars per table, but we choose to do it in hotels for thousands because we Asians are more 'face-conscious'."

But he adds that the couple must discuss and consider what their parents want.

Mr Vasavan says: "At the end of the day, the most important thing is communication and striking a balance between the couple, family and in-laws."

She says: "Just like other big-ticket items such as buying a house and a car, wedding costs can also cause a lot of stress.

"The wedding preparation is a time where many decisions need to be made, such as the budget, photography, dinner, gown and honeymoon.

"For couples, this is the time where the differences may surface."

There are couples who still bring up their wedding woes during arguments with their spouses many years later, she adds.

"It's sad to see couples planning a huge event to celebrate their love and end up ruining their relationship because of the disagreements."

It's the same in the US.

In 2014, two economics researchers from Emory University in Atlanta conducted a study to determine if there was a link between wedding expenses and marriage duration.

The study had a sample of 3,000 married, or previously married, couples.

They found evidence that marriage duration is inversely related to the amount spent on the engagement ring and wedding ceremony. In short: The higher the cost of the wedding, the shorter the marriage lasts.

To prevent the marriage from souring, Mrs Chang-Goh advises couples to "set it right from the beginning and balance out what they need and what they can do without".

She recommends that couples go for marriage preparation programmes before their wedding.

"We'll always remind couples to go back to the basic financial principles because these are crucial," she says.

"If they want the wedding to be memorable, does it necessarily have to cost a bomb?

"Sometimes they have to understand that the wedding lasts for a day but the marriage lasts for a lifetime."

To save money for flat, they 'got the basics'

They needed to save money to eventually buy a flat and renovate it.

So that meant forgoing a hotel venue for their wedding and having it at a HDB multi-purpose hall.

Ms Haziqah tells The New Paper on Sunday: "My husband and I decided to hold a simple wedding so that we could save up for the renovation and flat."

The couple applied for a Build-To-Order flat three times but were unsuccessful.

They hope to get a four-room HDB flat in about six years and plan to get a HDB loan.

They have already started saving for the renovations, which they estimate would cost about $40,000.

So when it came to the wedding, they had to stint on some areas.

Ms Haziqah says: "I believe it's good to invest in a good photographer and videographer even though they cost about $2,000 each because the pictures will remind us of the happy memories.

"But for other things like decorations and food, we got the basics, nothing too extravagant."

Ms Haziqah bought one outfit for the solemnisation ceremony and rented another two for the wedding ceremony.

These three outfits and her husband's attire cost over $2,500.

Thankfully, her parents helped to pay for part of the catering cost.

She says: "If I had to fork out everything myself. I don't think it would have been possible.

"The toughest part comes when they (vendors) ask for payment... It's like our hard-earned savings are gone in a flash."

Ms Liong says: "We've been working for about three to four years now, but this wedding will consume most of our savings."

"It's really expensive because everything goes by the thousands."

The couple opted for a wedding lunch because it is $200 cheaper per table, which means savings of about $6,000 for 30 tables.

The other costs: about $4,000 for hiring a photographer and videographer, over $5,000 for the outfits and pre-wedding photo shoot, $2,000 for a photo booth and $2,000 for decorations and wedding favours.

The couple have saved enough and will not need to take a loan.

Mr Tan, a defence engineer, says: "We have to understand that this wedding is not just for us, but for our families too.

"Hopefully the red packets can cover the cost of the banquet."

The couple have applied unsuccessfully for a Build-To-Order flat five times over the last three years but hope to get a flat soon.

Ms Liong says: "Basically, the wedding (is the first of) other costly milestones.

"We still have to think about the renovation costs of over $50,000 when we get a flat, as well as the cost of having children."

Get The New Paper for more stories