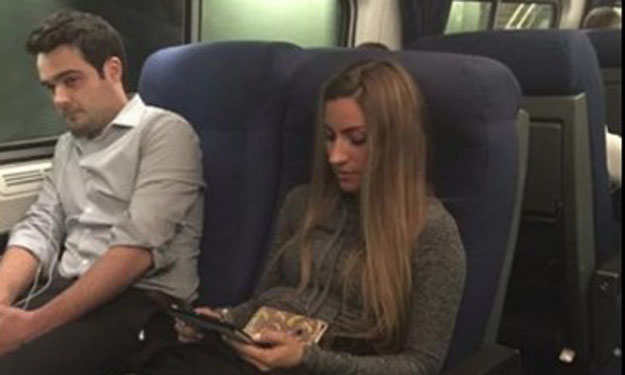 It seems like the culture of 'Stomping' goes far and wide. An ex-NBA player decided to shame a woman online after she refused to remove her things on the seat for him to sit on the train.

According to him, he had politely asked her if he could have the seat but she refused. However, another man came up and asked the same thing, and she did so.

"Ok so I'm getting on the train and there are no open seats and I ask this lady if I could sit next to her (very politely and I soften my voice as to not frighten her) and she says someone is sitting here. So I go to the next seat.

"Now, less than 2 mins later a man (who happens to be white) asks if he can sit there and she says why sure let me move my stuff.

"So I have to say something so I ask 'ummmmm did you just not want ME to sit next to you? Were you scared? Not comfortable with a Black Man sitting next to you?'

"And she says lol smh don't pull the race card stuff with me I dated a Black guy in college.

"So the guy (who was a nice guy) said listen I'll get up and I said, 'No need Imma just take this pic and make a Facebook post about it.'"

The result? One very uncomfortable-looking guy who's caught in the middle of it all, and one unhappy woman.

The poor guy offered to let him have the seat, but the ex-basketball player wanted to teach the woman a lesson.

After Etan took her picture, she complained about him to the conductor. What she did not expect was that he was less than sympathetic.

The conductor turned out to be a fan.

"So then she says did you just take a pic of me? Well I'm going to tell the conductor that you're over here illegally taking pics of ppl without their consent.

"So the conductor came up and said, 'Hey Etan Thomas love what you're doing in the community loved you with the Wizards big Cuse fan man the Knicks sure could use you.'

"And I said was there something you wanted to tell my man? And she rolled her eyes smh some ppl I tell ya."