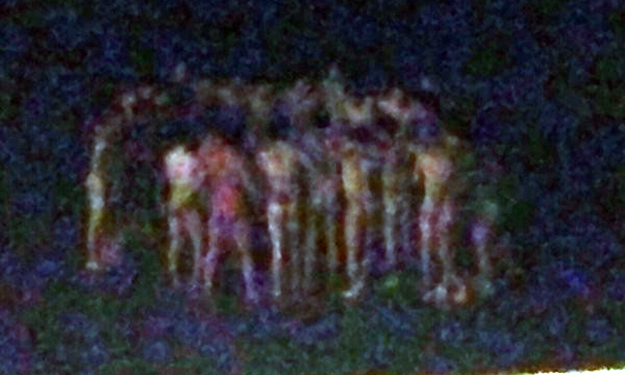 When photos of a group of Asian tourists frolicking naked at night on a beach in Thailand went viral, netizens jumped to the conclusion that they must have been from China.

A Thai Twitter user called @KomsakAddams first posted the photos on his page in a message that was retweeted more than 12,000 times, reports Shanghaiist.

He wrote: "I was having a meal with friends at a seaside restaurant when all of sudden dozens of people from a Chinese male tour group stripped naked. Do you think I can eat anything now?"

However, following careful police investigations, Komsak's accusation has been proven false as the 20 to 30 men that ruined his dinner were in fact from Japan.

After Thai news reports corrected initial online rumours, Komsak took to Twitter to apologise for hurting the feelings of the Chinese people.

He said, "I would like to apologise to China for accusing your tourists of stripping on Hua Hin Beach Saturday."