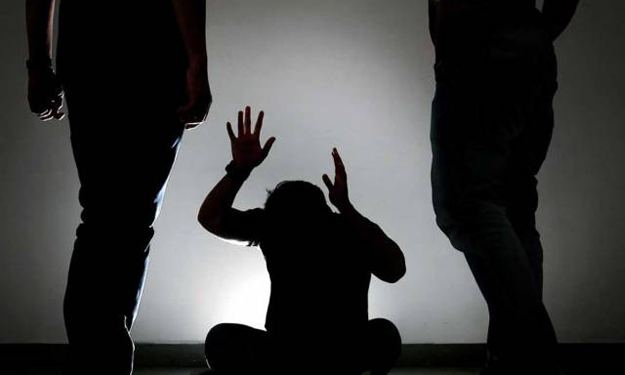 It was a house of horrors, home to not just one, but two sexual predators.

Between 2009 and 2013, they separately abused a boy on several occasions.

By the time the boy's parents found out in mid-2013, the abuse had left such an impact that the 11-year-old was allegedly sexually abusing his younger sister by making her perform oral sex on him.

He confessed he learnt the sordid act from his two abusers - his stepbrother and his father's friend.

The boy's sister was also found to have been sexually abused by their stepbrother.

Yesterday, the stepbrother, now 25, pleaded guilty to one count of sexual penetration and two counts of committing an indecent act with a child.

He was between 21 and 22 when he committed the offences.

We are not naming anyone due to a gag order on the victims' identities.

Court papers said the sexual abuse started after the victims' father allowed his friend to stay at their HDB flat in 2009.

But the friend betrayed the father's goodwill by sexually abusing the boy, then seven, on three occasions between 2009 and 2010.

Things got worse as some two years later, the boy would also be victimised by his own stepbrother, whom we shall call Simon.

Simon was then living with his two step-siblings and his brother. The four have the same biological mother.

Some time in 2012, Simon took the boy, then 10, to a multi-storey carpark near Tiong Bahru.

There, Simon made the boy perform oral sex on him before taking him home.

He warned the boy to keep quiet about the incident.

In June 2013, Simon preyed on his stepbrother again when the two of them were at home.

This time, he made the boy lie down on the floor and made him use his legs to perform an obscene act.

That same month, Simon also made his stepsister, then eight, perform the same act.

Court papers revealed that Simon also made his stepbrother perform the obscene act four other times between 2012 and 2013.

She said that no child should be subjected to such acts, let alone by a sibling.

"Instead of protecting and nurturing the victims like a responsible brother ought to have, the accused has abused his position of authority by making them perform sexual acts until he was satisfied," she said.

Defence lawyer G. Dinagaran said in mitigation that the accused suffers from a mild intellectual disability, as stated in his Institute of Mental Health report.

He said Simon, whose biological father died when he was young, did not know then what he was doing was wrong, but has since realised his mistakes.

The case has adjourned to June 6 for sentencing.

For each charge of committing an indecent act with a child, Simon can be jailed up to five years and fined up to $10,000.

For the count of sexual penetration, he can be jailed up to 20 years, caned and fined.

Six other charges will be taken into consideration for sentencing.

He had just come out of jail and did not have a roof over his head, so his friend took pity on him by letting him stay in his home.

But the ex-offender went on to sexually abuse his friend's seven-year-old son on three occasions.

Last November, the 56-year-old perpetrator, whom we shall call Nicholas, was jailed six years for his crimes.

According to court papers, he was released from prison in 2009 after an eight-year jail term for drug offences, and worked as a stall assistant at his friend's roti prata stall.

Knowing that Nicholas had no place to stay, the friend allowed him to live with his family in their HDB flat.

In December that year, Nicholas was alone in the flat with his friend's son.

He approached the boy and took him into a bedroom. He then took off the boy's shirt and made the boy perform a sex act on him.

He later gave the boy $5 and warned him to keep quiet about the incident.

Nicholas made the boy perform the same act on two other occasions in January 2010.

He moved out that same month, but his offences came to light in 2013 after the boy revealed to his parents what had happened.

How crimes came to light

It was a shocking discovery by the parents that only got more horrifying as they probed further.

First, they found out that in mid-2013, their 11-year-old son had allegedly made their eight-year-old daughter perform oral sex on him.

It turned out that he had learnt the act from his stepbrother and his father's friend after they had sexually abused him on separate occasions between 2009 and 2013.

The boy was seven when the abuse started and continued until he was 11.

He also said his stepbrother would prey on him and his sister whenever they were alone at home.

His father was shocked and immediately notified the police and the Ministry of Social and Family Development.

The boy has not been charged in court.

This article was first published on May 24, 2016.
Get The New Paper for more stories.