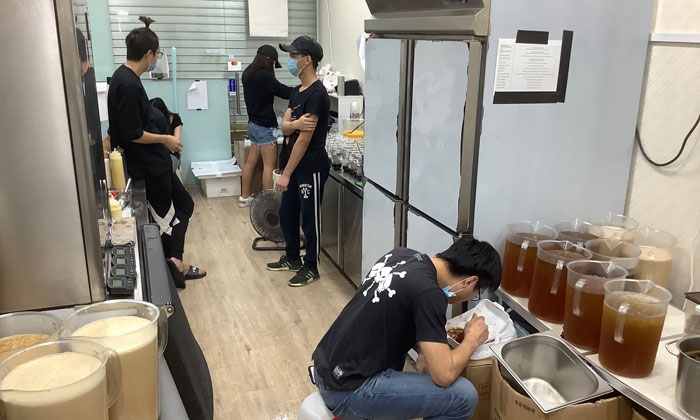 Two men were fined $12,000 for operating an unlicensed bubble tea shop during the circuit breaker period.

Kok Khen Foon Gabriel, the manager of the shop, was fined $6,500 for the same charge as well as for operating an unlicensed retail food establishment.

On May 29, 2020, SFA officers inspected the outlet at Block 442 Clementi Avenue 3 and found it had started operations even though an SFA licence had not been obtained.

This was also during the circuit breaker period when non-essential businesses and standalone F&B businesses that sell only beverages, packaged snacks, confectionaries, or desserts were required to close.

All ingredients used for the preparation of bubble teas were seized and destroyed on the same day.

Further investigations revealed that Kok was taking online orders for bubble teas without the knowledge of Oh.

He was also conducting staff training at the outlet, as instructed by Oh.

Under the Environmental Public Health Act, those found operating food establishments without a valid licence can be fined up to $10,000.

Repeat offenders can be liable on conviction to a fine not exceeding $20,000, jailed for a maximum of three months or both.